The World Series of Poker (WSOP) expanded into Europe back in 2007 with the inaugural WSOP Europe playing out in London, England, before moving to Cannes, France, then Berlin, Germany, and eventually settling in Rozvadov, Czech Republic in 2017.

The 11 installments of WSOP Europe have awarded WSOP bracelets to some of poker’s biggest names including crowning Main Event champions in Annette Obrestad, John Juanda, Barry Shulman, and Phil Hellmuth, along with first-time WSOP bracelets for the likes of Phil Laak, Gus Hansen, Kahle Burns, and Jeremy Ausmus.

2020 has seen many special events either postponed or canceled in the wake of the COVID-19 pandemic. The British Open golf tournament, the New York City and Boston Marathons, and Wimbledon were all canceled this year while other events such as the National Basketball Association, the National Hockey League and Major League Baseball saw significant delays to the start and/or completion of their seasons. Thus, it isn’t unnatural that this has extended to the world of poker, also.

In the poker world, Caesars Entertainment and officials at the Rio All Suites Hotel and Casino held out hope as long as possible that there would be a 2020 World Series of Poker held. In April, however, they succumbed to the fact of the coronavirus-19 outbreak and “postponed” the 2020 WSOP (by this point, it can be safely assumed that “postponement” is now a full cancelation). They quickly put together a massive online event that covered two online poker sites and, in the tournaments on GGPoker, reserved packages from the winner’s prize money for them to attend the 2020 World Series of Poker Europe.
There’s only one problem with that – has or will the 2020 WSOP Europe be canceled?

The first clue as to possible problems with something happening as to a 2020 WSOP Europe is in the host casino itself. King’s Casino in Rozvadov came back after a long shutdown in the summer and had been open for business. A recent trip to their website, however, has a large banner on it that states the casino is “closed for business” until November 3. An email to King’s Casino stated that “the casino (is) currently closed, we don’t have any certain update now” as to the potential of a 2020 WSOP Europe.

The news isn’t particularly good on the other two portions that would make the decision on this case, either. Czech Republic government officials recently put the country further into a lockdown to curb the spread of COVID in the country and on the European continent. Czech Republic Health Minister Roman Prymula has stated that the Czech health care system is highly stressed now, with hospitals running out of beds. Reuters quotes Prymula as saying “The measures, while quite robust and burdensome for the population, are absolutely necessary.”

The shutdowns in Czech Republic are expected to stay in place “at least” until November 3.

The other entity involved in this is Caesars and the WSOP itself. A look at their website shows that any reference to a “2020 World Series of Poker Europe” has been scrubbed from the page. The page itself has not been updated since September 14, when A. J. Kelsall won the WSOP Global Casino Championship, held not in a casino but on WSOP.com.

Poker News Daily has reached out to Caesars and WSOP officials regarding the 2020 WSOP Europe, but there has been no reply from anyone regarding if there will be a 2020 WSOP Europe. It must be thought, however, that it would be basically impossible for not only the WSOP but also Kings’ Casino to whip up a two- or three-week live tournament at this late a date.

The move online with the 2020 online WSOP was viewed as a mixed bag by many in the poker world. While Caesars and the WSOP were able to pull off 31 events on their WSOP.com platform and another 54 on GGPoker that offered prize pools of almost $150 million, many were quick to point out that it was online poker, not the same as the live game. There were also the restrictions that both WSOP.com and GGPoker had; WSOP.com restricted players to REQUIRING them to be inside either Nevada or New Jersey to play online, while GGPoker was not open to U. S. residents. 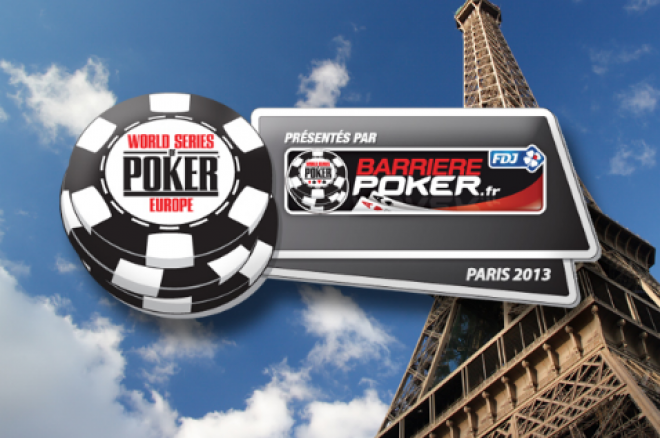 There is also the question of the money removed from the bracelet winners on GGPoker for their prospective trip to Rozvadov for the 2020 WSOP Europe. There was $12,000 from a winner’s purse to guarantee them a seat at the 2020 WSOP Europe Main Event (the Main Event buy-in plus travel expenses). If there is not a WSOP Europe held, will that roll into 2021 when (if?) they play? Or will the players have the option of receiving the money back?

Caesars and the WSOP – and, with their property shut down, King’s Casino also is pulled into the morass – are perhaps delaying an announcement regarding the schedule, especially with how the system in Czech Republic is so fluid. And, with COVID-19 now looking as if it will stretch into 2021 without a vaccine or solid treatment in sight, it is possible that the virus will influence 2021’s international tournament poker schedule. Hopefully WSOP officials will have a firm statement on this subject soon and Poker News Daily will keep you updated.