Have you wondered how the nose wheel of the aircraft is steered on the tarmac? The tiller (the steering wheel)
located on the side to the pilot's seat is usually hidden from sight and blocked by the captain or the first officer. After collecting some 45 DVDs, this is the first DVD I got that shows the captain steering the aircraft on the runway.
This is also the only DVD that takes you down to the crew rest area, the computer hardware below the floor of the flight deck, the operating manuals of the 777, in addition to all the walk around, and explanation, functions of the flight deck displays. This is definitely the best of my DVD collection on flight decks. Joe Hall, USA

I really enjoyed this DVD. I like the pilot who showed the avionics bay and what all the componets are. I have been in one before and know what all the boxes do for the cockpit. I liked the cockpit presentation and the oxygen masks the flight crew uses during depressurization too. It is great that these pilots can show the viewers the inner workings of the plane for those who are working with, flying on or piloting, and for all those who want to know how they work and how it flies. Keep up the good work! Carl Robinson, USA

Really good program! Very nicely done presentations in the flight deck covering just about all of the instruments and controls. Also a very interesting tour of the A20 Avionics Compartment in the belly of the 777 with a look at the computer 'brains' of the airplane and an interesting look at the crew rest compartment for use on long range flights. The Sao Paulo-Manaus roundtrip is exciting with the crew guiding the airplane around storm cells over the Amazon region by use of the weather radar display showing lots of red. The turnaround at Manaus includes a nice walkaround presentation and the return flight gives the viewer a good look at the Amazon river from 1500 feet altitude for a few minutes. Another interesting and very informative program in this great World Air Routes series! I'm looking forward to many more! Greg Rowland, USA 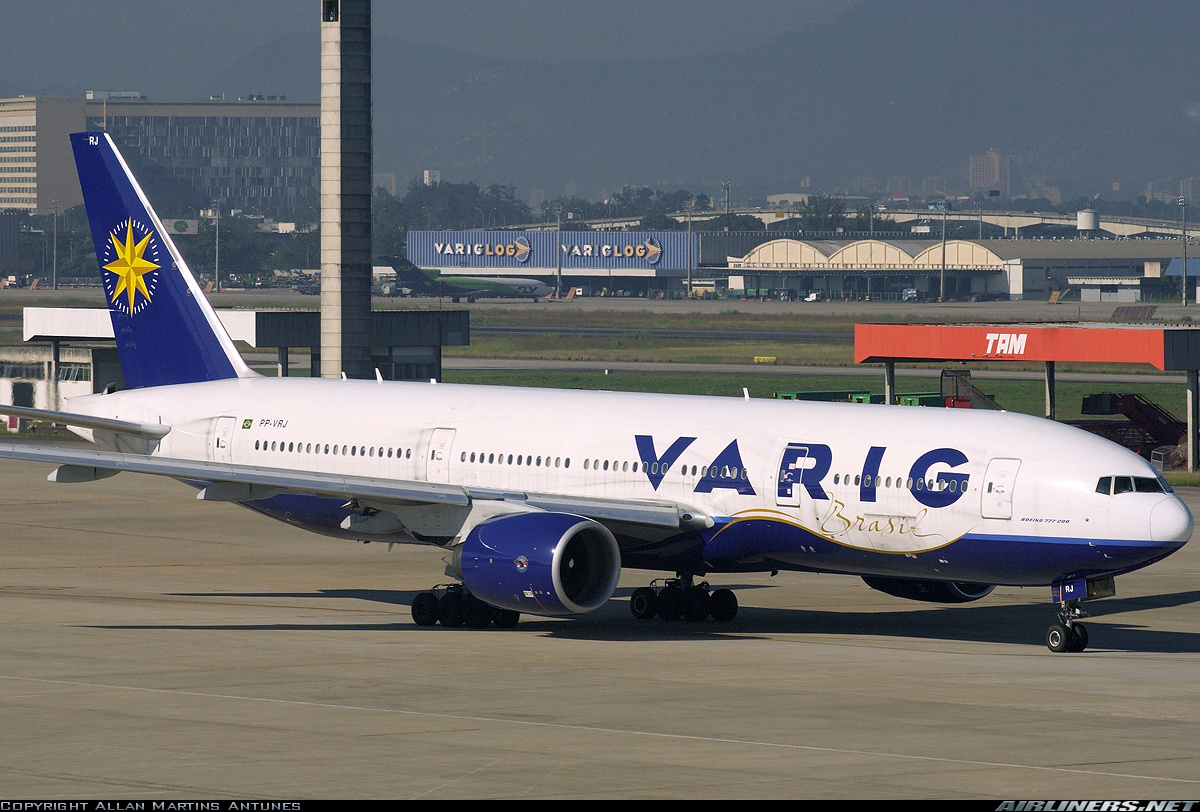 You have such a large variety of DVD's on all different aircraft and on airlines I've never even heard of. There is something for everybody and I don't think you could make a bad DVD even if you tried but my favorite airplane is the Boeing 777 so I was very excited to see a new DVD and I immediately ordered it. Even though I live in Japan it only took 5 days to get here. I watched it immediately and of course it's excellent. I always like to see different aspects of the flight, such as cabin service, and the look around the airports like MAD and GRU as you were taxiing. This DVD took us into parts of the plane we would normally get to visit such as the electronics equipment bay and the crew rest area. I also enjoyed hearing each pilot talk about his background and especially Captain Figueiral telling us about his father and showing us the pictures. I would have liked to have seen the sunrise on the GRU-MAD flight, but you made up for it on the return MAD-GRU flight. It was interesting to see Varig's internat'l & domestic operations. Thank you again for an excellent DVD. I will look forward to watching it again soon. Michael Karpf, JAPAN

Excellent B777 dvd!!! I especially enjoyed the MAD-GRU portion. The crew's love of flying really showed and was refreshing to see. A very detailed and welcome addition to the series. Jan & Michel keep it up!! George Alves, USA

Thanks for a speedy handling of my order. I received the DVD a week early of the estimated arrival date. After watching it, I have to admit that this is the best 777 production in your series. The aircraft presentation is in depth and engaging. Especially Cpt. Gomes does a brilliant job as a 'tour guide.' The action shots nicely capture pilot activities and instrument displays, as well as outside views. This is a must-have for every 777 enthusiast.Adam, USA