See Article History Political spin, in politics, the attempt to control or influence communication in order to deliver one’s preferred message. Spin is a pejorative term often used in the context of public relations practitioners and political communicators. Flipping it is easy (non-animated, just swapping Y coordinates), rotating through the Z axis (as if you put your finger on the screen and spun it around it) is easy, however to do what you are asking requires a 3-D transformation (rotating around the Y axis) and isn't supported by anything built-in. WPF can do it, you could use a WPF control inside a WinForms application instead of a picturebox. In the summer of 1917, he made more than a dozen flights in B.E.2 two-seaters, doggedly repeating spin after spin over a camera obscura (or pinhole camera), which helped track the airplane’s twisting path and the movements of its control surfaces. When talking about spin control, we lump them into two categories: the wrist joints and the other joints. When you juggle clubs, you’re using the wrist and the arm together, resulting in a throw that rotates in a desired spin. If you’re juggling three clubs in singles, you’re already using this system to achieve success.

The extent to which Gulf War reporting was controlled by the Bush administration was seldom detailed by the press and hence widely misunderstood by the public, which largely bought the argument that restrictions were necessary for some vaguely defined “security” reasons. Such arguments were belied by the Pentagon’s arbitrary ban on coverage of coffins returning to Dover Air Force Base, and by the “48-hour news blackout” at the beginning of the ground war that was abandoned as soon as the news turned out to be good for the Pentagon.

Nor were the pools formed because there would otherwise be too many reporters for the military to safely manage: The Pentagon actually flew in, at its own expense, 450 local U.S. reporters to cover their “hometown troops.” Meanwhile, foreign and alternative reporters who would not produce such predictably favorable coverage were almost entirely excluded from the pools.

The restrictions were aimed not at protecting lives, but at protecting the Bush administration’s popularity by keeping unpalatable images away from the U.S. public.

“I’ve never seen anything that can compare to it, in the degree of surveillance and control the military has over the correspondents,” stated New York Times war correspondent Malcolm Browne (Newsday, 1/23/91). “When the entire environment is controlled, a journalist ceases to be a reporter in the American or Anglo-Saxon tradition. He works a lot like the PK [Propagandakompanien, the Nazi propaganda corps].”

The policy had its roots not only in the Pentagon’s successful efforts to control the flow of information during the invasions of Panama and Grenada, but in the sophisticated techniques of spin control developed by the Reagan and Bush administrations, techniques whose finest flowering was in the 1988 election campaign. The key principle used by both Reagan and Bush is that if you can control where and when journalists (particularly TV journalists) can report, you can control the imagery and its emotional impact on the public. Michael Deaver, Ronald Reagan’s minister of photo opportunities, marveled at the Pentagon’s media mastery: “If you were going to hire a public relations firm to do the media relations for an international event, it couldn’t be done any better than this is being done.”

The prime function of the pool reporting concept was to limit the imagery available to TV cameras. Thus we saw much heroic imagery of missiles rocketing off into the wild blue yonder; images of soldiers killed or wounded by “friendly fire” or “non-combat related accidents” were not considered suitable photo opportunities. As Howard Stringer, president of the CBS Broadcast Group, reported (New York Times, 3/4/91): “There are more people routinely killed across the spectrum of American television in a given night than you saw in any of the coverage of this war.”

Since so much of U.S. action was in the air, where reporters are naturally excluded, the Pentagon provided its own visuals: The video-game footage from laser-guided “smart bombs” hitting seemingly uninhabited buildings, always dead on target. That the military selects the best examples of their handiwork for their show-and-tells is obvious, but that didn’t stop TV from rerunning the footage endlessly, or pundits from citing it as evidence of how well expensive high-tech weaponry works.

While some journalists abandoned the pools and set off on their own in search of more independent reporting, others seemed to prefer the comforts and privileges of being a kept press. When Robert Fisk of the Independent tried to report without official permission on the battle of Khafji, NBC correspondent Brad Willis reported him to the Marines (Independent, 2/6/91; Jack Anderson, 3/3/91). “You asshole,” the reporter told Fisk. “You’ll prevent us from working. You’re not allowed here. Get out. Go back to Dhahran.”

Reporters who tried to cover the war outside the Pentagon’s press pools were sometimes detained and threatened by U.S. soldiers. Marines held a wire service photographer for six hours, threatening to shoot him if he left his car—”We have orders from above to make this pool system work,” they told him. A French TV crew was forced at gunpoint to turn over to Marines footage of soldiers wounded at the battle of Khafji.

The power to control where pool reporters go—and to remove uncooperative reporters from the pool, as was done to the L.A. Times‘ Douglas Jehl—was not enough to satisfy Pentagon information managers. Journalists were also accompanied by military escorts who intervened in reporting, blocking interviews on sensitive subjects like the practice of religion by U.S. soldiers in fundamentalist Saudi Arabia.

Military officials had right of approval over the final copy and footage (although the benign verb “cleared” was usually used in place of the more ominous “censored”). The censors were known to delete details that struck them as embarrassing—the fact that Stealth pilots were watching X-rated movies before bombing missions, for example, or a Detroit Free Press reporter’s description of a returning bomber pilot as “giddy.” (The censor changed that to “proud,” but finally compromised with “pumped up”—see Jim Ledbetter, Village Voice, 2/5/91.)

The response of the mainstream media to being censored by their government was strikingly muted, considering that in the case of Nicaragua, the media often considered wartime censorship as a plausible justification for overthrowing the government. Mainstream news outlets could have legally challenged the Pentagon restrictions; the Center for Constitutional Rights, on behalf of a number of journalists and liberal and progressive publications, filed a lawsuit seeking the abolition of the restrictions on the grounds that there is no wartime exception to the First Amendment. But not only did mainstream media not join the lawsuit, or file friend-of-the-court briefs (as FAIR did), they hardly even reported on the suit. 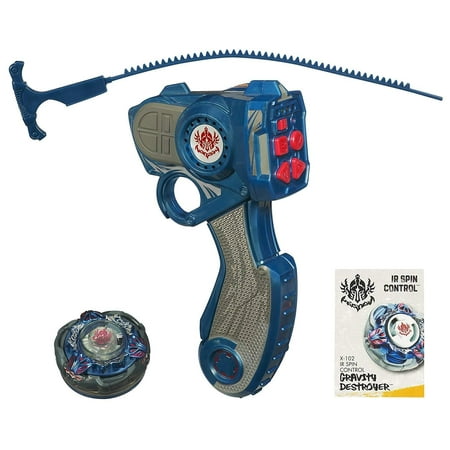 One might think that getting exclusive footage of a war that’s the story of the decade would make a TV journalist popular with the boss. Keno washington. But when Jon Alpert, a stringer for NBC news for 12 years, came back from Iraq with spectacular videotape of Basra and other areas of Iraq devastated by U.S. bombing, NBC president Michael Gartner not only ordered that the footage not be aired, but forbade Alpert from working for the network in the future.

Alpert was not the only journalist to run afoul of a pro-war boss. Columnist Warren Hinckle of the Hearst-owned San Francisco Examiner was put on a three-month “vacation” as soon as the war began; publisher William Randolph Hearst III suddenly announced the sabbatical after spiking a Hinckle column entitled, “If Saddam Is Hitler, Then Bush Is Tojo.” Hinckle made use of his unplanned leave by editing a short-lived opposition newspaper called War News. 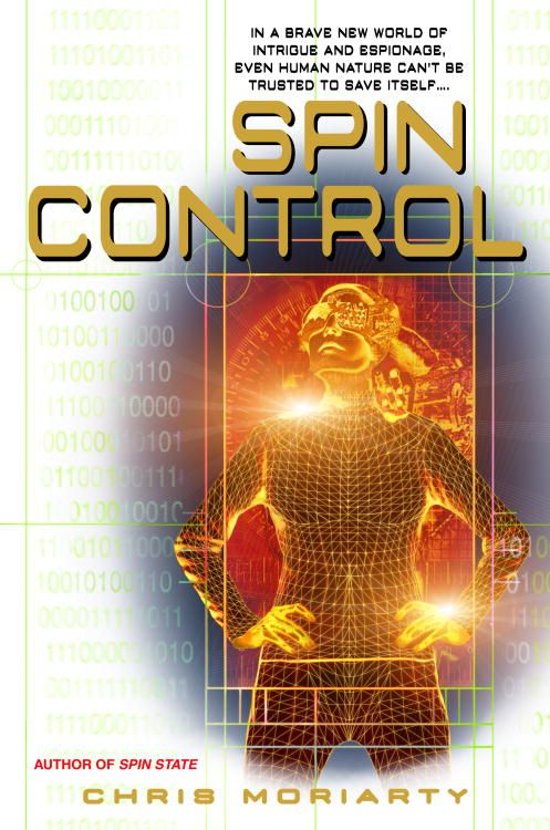 Dr. Orlando Garcia, a popular talkshow host on New York Spanish-language radio station WADO, was fired for having what management called an “unbalanced view of the war”—that is, a critical one. Jim Bleikamp, a talkshow host at WTVN in Columbus, Ohio, resigned in protest after being suspended for reminding an Ohio Congressmember that he had been ducking interviews about why he had switched from pro-sanctions to pro-war.

Journalists at small-town papers were perhaps the most vulnerable. David Wolbrueck, the editor of the Round Rock, Texas Leader, was fired for publishing a Palestinian-American’s accusation that Bush “is the biggest liar in the United States.” Management followed up the firing with an editorial (2/14/91) stating that “we hope that flag flying from our office and the yellow ribbon on our tree will remove any doubt about our loyalty to the President and our men and women in uniform.”

The Kotztown, Penn. Patriot fired editor Joe Reedy after he wrote an editorial (1/14/91) titled, “How About a Little PEACE?” A subsequent editorial explaining his firing (1/31/91) stated that “the time for debate has passed.” Journalists around the country ignored that sentiment at their peril.

Government censorship was heavy-handed but didn’t contribute as much to one-sided coverage as media self-censorship. In Los Angeles, ABC affiliate KABC-TV actually banned coverage of peace demonstrations soon after the war began, according to station employees quoted by L.A. Times TV critic Howard Rosenberg (2/26/91). “Nothing is on paper, but it’s understood and it’s been reaffirmed repeatedly,” a staffer, who asked for anonymity, told Rosenberg. “We may occasionally drop in a line [about anti-war demonstrations] at the end of coverage of pro-war demonstrations, but we do not put those protest stories on the air.” The station has a history of conservative bias.

NBC News president Michael Gartner made a strong statement about the dangers of censorship to the Washington Post (1/7/91):

Gartner was the executive who ordered NBC not to air exclusive footage of what U.S. bombing did to Iraq (see “Casualties of War,” below). But he saw nothing wrong with journalists censoring themselves: “I have no problem with [Today show executive producer] Tom Capra making that decision. I just don’t want [Defense Secretary] Dick Cheney to make that decision.”

In another disturbing decision, PBS pulled a rebroadcast of Bill Moyers’ “High Crimes and Misdemeanors” from the system’s offerings during the March fund drive. The highly regarded Frontline special on the Iran-Contra scandal was spiked because it raised “serious questions about then-Vice President Bush’s involvement and actions,” according to a memo sent to all PBS affiliates. Moyers and Frontline executive producer David Fanning wrote in the memo to affiliates: “We believe the program could be seen as overtly political by attempting to undermine the president’s credibility.”