According to the American Numismatic Association, the 1943 copper–alloy cent is one of the most idealized and potentially one of the most sought–after items in American numismatics. Nearly all circulating pennies at that time were struck in zinc–coated steel because copper and nickel were needed for the Allied war effort.

Approximately 40 1943 copper–alloy cents are known to remain in existence. Coin experts speculate that they were struck by accident when copper–alloy 1–cent blanks remained in the press hopper when production began on the new steel pennies.

Because of its collector value, the 1943 copper cent has been counterfeited by coating steel cents with copper or by altering the dates of 1945, 1948, and 1949 pennies.

The easiest way to determine if a 1943 cent is made of steel, and not copper, is to use a magnet. If it sticks to the magnet, it is not copper. If it does not stick, the coin might be of copper and should be authenticated by an expert.

To find out about coin experts in your area, you may call the American Numismatic Association at (719) 632–2646.

'Holy grail' rare penny might be worth $1.7M after it was found in boy's lunch money

A rare copper penny, considered a 'holy grail' in coins, has been found in a boy's lunch money. It could reach $1.7 million in auction from Heritage Auctions.

A penny that a Massachusetts teenager found in his change from lunch money could be worth as much as $1.65 million (£1.3 million) when it is auctioned off.

The 1943 Lincoln penny is made up of copper and has been described as the 'most famous' coin made in error, according to Heritage Auctions, which is auctioning off the coin. Only 20 were ever made and for years the U.S. government denied its existence, but one coin was found by Don Lutes Jr. in his school cafeteria in March 1947.

'Despite relentless searching by eager collectors over a period of more than 70 years, only a handful of legitimate specimens have ever been discovered,' Heritage wrote on its website. 'PCGS CoinFacts estimates the surviving population at no more than 10-15 examples in all grades. We have compiled a roster of all specimens certified by the two leading grading services below, including an unknown number of resubmissions and crossovers.'

In the 1940s, copper was considered a strategic metal, largely because of World War II, as it was used to make shell casings, telephone wire and other wartime necessities. To preserve the metal, 1943 Lincoln pennies were made of zinc-coated steel, but a tiny fraction of the pennies put into circulation wound up using copper. 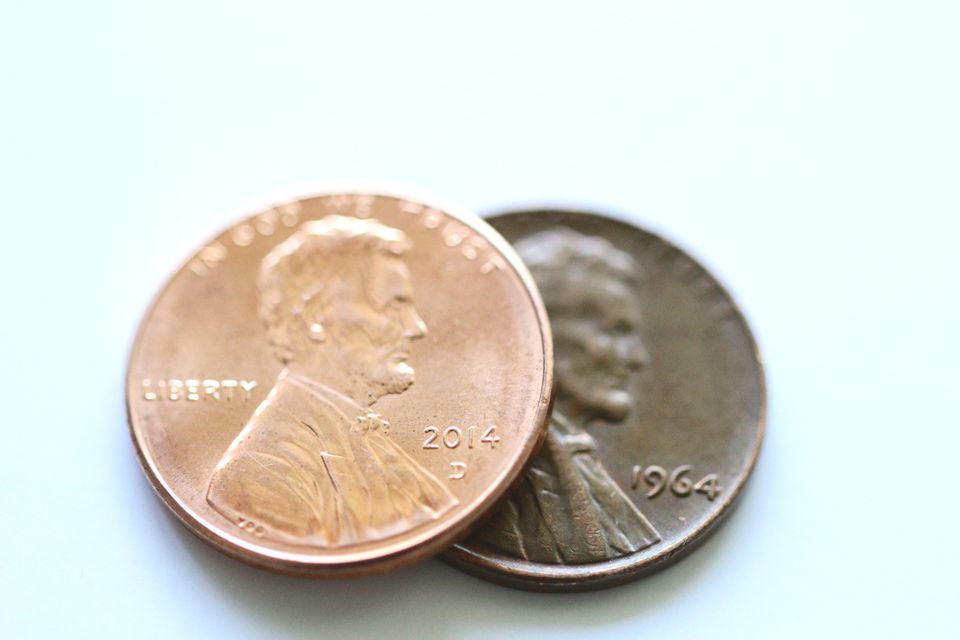 Almost as soon as the pennies were pressed, rumors began to emerge that some copper cents had made their way into circulation. The frenzy had become so heightened that it was speculated that car magnate Henry Ford would give a new car to anyone who could give him one of these copper pennies, though that speculation was later proven false.

1878 cc morgan silver dollar. 'Stories appeared in newspapers, comic books, and magazines and a number of fake copper-plated steel cents were passed off as fabulous rarities to unsuspecting purchasers,' the auction house added on its website. 'Despite the mounting number of reported finds, the Mint steadfastly denied any copper specimens had been struck in 1943.'

The rumors of the copper penny, described as 'the Holy Grail of mint errors,' were eventually proven true after it was found out that copper planchets – which are actually made of bronze – had become lodged in the trap doors of the mobile tote bins used to feed blank coins in the presses at the end of 1942. The planchets went unnoticed and eventually 'became dislodged and were fed into the coin press, along with the wartime steel blanks,' Heritage wrote on its website.

Other genuine examples of the 1943 Lincoln copper penny have been found, including 10-15 from the Philadelphia Mint, a half dozen from the San Francisco Mint and one from the Denver Mint.

At the time, Lutes, who was 16, had heard of the rumor about Ford, but when he was later told it was false, kept the coin for himself in his collection. Over the years, he received offers for the coin and eventually even inquired with the U.S. Treasury about it, but was told that it was fraudulent, that 'All pennies struck in 1943 were zinc coated steel' and eventually decided to just keep it for his collection.

Before the switch took place, a handful of cents were mistakenly minted in copper, making a 1943 Bronze Lincoln cent coin one of the most famous coins in U.S. history: 76 years later, the very first of these error coins ever discovered will make history when Heritage Auctions offers the rarity Jan. 10 in Orlando, Florida. (Credit: SWNS)

The 1943 zinc-coated steel pennies proved to be so unpopular with the public that they were eventually replaced with brass recovered from shell casings.

What Pennies Are Worth Saving

The auction is ongoing and is slated to end on Jan. 10.