Players can take a journey to the heart of Africa with the Respin Rhino slot machine wild reels. This safari-themed slot machine covers the reels with lovely animals and some exciting expanding wilds.

Lucky players may even get to trigger a little stampede with the respin bonus feature. The slots are great for players who love a lot of spins and active reels, but the lack of a real bonus game may be a sticking point.

Either way, it’s time to see what adventure awaits ahead.

Lightning Box did a decent job with the graphics for Respin Rhino. The art looks a little dated, but it’s still an overall competent design with some fun animations.

The background is unfortunately pretty disappointing. It’s just a vague, fuzzy horizon meant to resemble a general African savanna. It’s a little too blurry though.

The animals are much better. Rhinos, tigers, monkeys, secretary birds and elephants are included and they’re all nicely detailed in a fun cartoon style.

Nature documentary watchers may notice that not all of these animals are from Africa, but it’s the thought that counts.

Geographic errors aside, the art is nice and each animal includes a fun animation that can play when it’s in a winning payline.

The expanding wild symbol is also impressive. Each time it triggers the space grows into a dancing African woman, simply titled “lady” in the game.

Respin Rhino also features great animations for big wins, such as a pair of rhinos running across the screen kicking coins off of their feet.

The rhino stampede up the reels that kicks off the bonus round is impressive too. The lower values are generic card symbols “A, K, Q, J and 10” but they did at least give them all zebra stripes to make them fit in better.

The sound design is a similar mixed level of quality. The background music is a fine tribal-inspired instrumental soundtrack that keeps the mood steady.

The chimes and alarms for winning paylines are also nicely themed with the game. Instead of standard bells, several of them are short musical cues in an African style that matches the background music.

Unfortunately, a few of the sound effects are a little flat and sound odd. Combined with the dated design the machine feels a little old sometimes. It’s a minor problem, but it’s a little disappointing and starts to stand out after a long set of spins.

Respin Rhino is a 5-reel slot machine that uses 4 rows of symbols. There are 40 paylines total and players have to play all 40 with each spin.

All paylines start on the 1st reel and have to move along a payline to the right to win. There are wild symbols that can stand in for any symbol, although they only appear on reels 2 and 4.

The good news is that all wilds are expanding wilds. If a wild symbol appears in a reel, it will always expand to fill the entire reel if there’s a payline that it can complete.

If expanding won’t cause a win, then it’ll stay compact to keep the game moving.

The expanding wilds are the only big twist to the main slots. The normal spins are fairly standard. Players will note that the payouts aren’t too generous for single lines.

It takes a set of 4 animals to just break even, but many small sets of three will trigger multiple paylines at once due to the payline design.

The game’s core is built around lots of little payouts that keep losses small and sometimes stack up enough to be a good win.

Obviously the expanding wilds are a big part of the game, and they show up quite often. Getting an expanding wild in reel 2 is usually enough to trigger a few sets of 3, and it’s a big help for players trying to recover from a few losses.

Most of the game’s big wins will rely on getting some good wild reels to trigger sets of 4 and 5. Unfortunately, there’s not necessarily a big bonus or jackpot to hit.

Most of the game is just a series of small losses and wins with the bonus round just helping give players a little boost.

︎ Support ME and become a PATRON for exclusive perks! - is a comprehensive Flight Review of Turkish A. The Boeing 777-300ER showcases 64,8 m wide wingspan, soaring ahead of its counterparts with greater speed, swifter ascent, and higher altitude speeds. Furthermore, the aircraft boasts increased aerodynamic performance featuring 1,9 m long wings with sloped edges. Turkish 777 business class. You plan all the details of your travel carefully and deserve to fly with your favorite seat in the sky. Let’s select your seat and get ready for a joyful flight! Seat Selection.

During the main game, players will occasionally see sets of gold spaces rush past on reels 1 and 5. On any random spin, there’s a chance for gold blocks of identical symbols to appear on the reels.

If players are lucky enough to get full stacks of matching gold symbols on the leftmost and rightmost reels, then the respin feature activates.

Regardless of what the gold symbols were, once the bonus hits they’ll turn into gold rhino symbols and lock into place. Then the respins start.

Players get 3 respins, or free spins if you prefer, on just the 2nd, 3rd and 4th reels with the edges locked. If nothing else, it’s a lot easier to set up a line of high paying rhinos thanks to the locked reels. This can at least provide a few good payouts.

The big goal is to get a wild symbol though. Getting a wild symbol in reel 2 or 4 locks the entire reel as a wild and resets the player’s spin count back to 3. It’s theoretically possible to get 9 spins this way.

Getting wild reels to lock in changes the respins from a nice little bonus to a true jackpot for anyone lucky enough to get some rhinos in the center reel. Note that since the edge reels are locked, players cannot retrigger the bonus game while it’s active.

Respin Rhino is generally a fun online slot that’s a fine choice to play. The machine sits in a nice middle ground between big bonus games and classic slots.

The reels have a few fun features and a quick bonus, but nothing too distracting. There are a lot of little wins to keep the game fun and stretch out a bankroll for a long time, and the expanding wilds can set up some surprisingly big wins.

It’s a shame that the RTP is a little low at 95.62% though since there are other similarly fun machines with a slightly higher RTP.

Also, players looking for a big bonus game should probably stay away. While the respin feature is fun, it’s short and can potentially not pay much after a long wait. Just getting 3 free spins can be a little disappointing after a lot of buildup.

Anyone who’s just looking for some entertaining spins should be happy though.

This six reel slot has 4,096 ways to win. This means that you’ll not have to worry about win lines when playing this slot, with you just needing to land the same symbol on consecutive reels from left to right in any position. To play the 4,096 lines you’ll play 40 credits. The five ‘animal’ symbols all pay out for just two in a row, while the playing cards need at least three in a row. 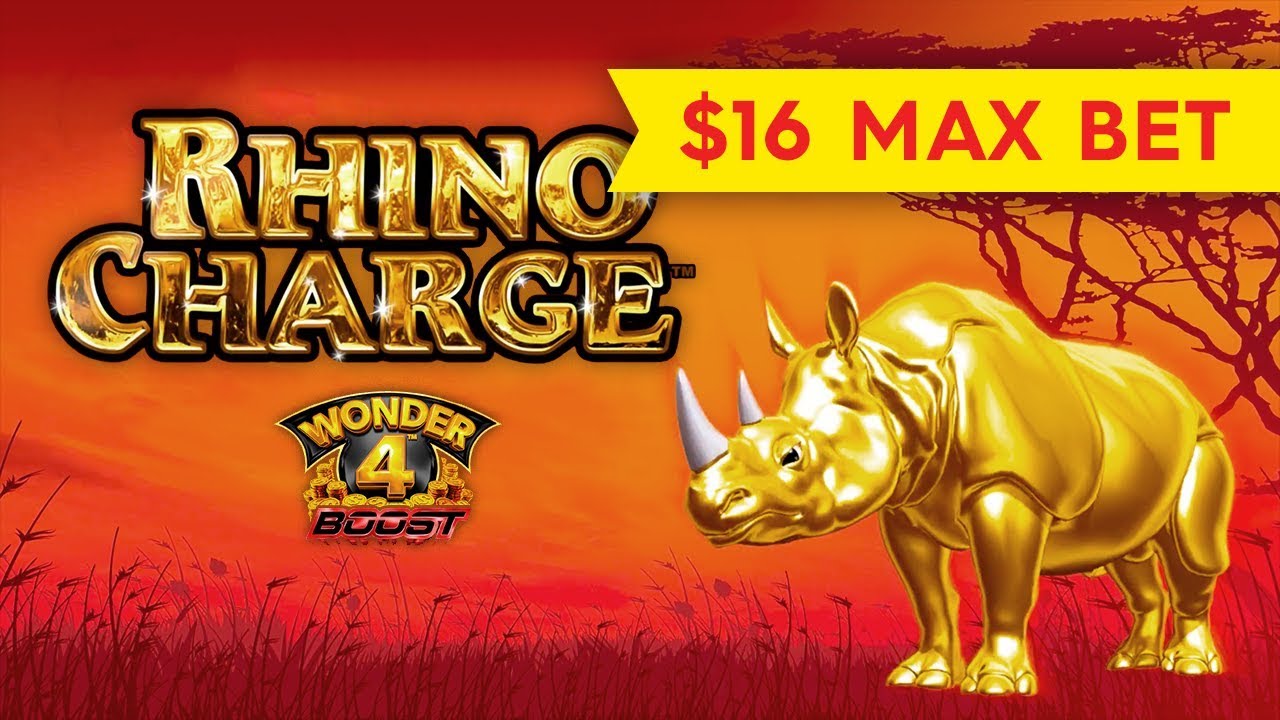 With six reels, obviously the top pay-outs come when you land six in a row. The rhino symbol is the top paying one, winning you 1,500 coins for 6 in a row. The gorilla and leopard pay 1,250 coins and the alligator and the badger pay 1,000 coins. Six in a row for the playing card symbols pay out between 750 and 500 coins.

Option at the slot include auto play button where the game will play without interruption for 10, 25, 50, 100 or 200 spins. The pay table button brings up the game rules and the pays for every symbol, this updating dynamically to reflect the size of the stake.

The wild at the game is the tree silhouetted by the bright sun and will only appear on reels 2, 3, 4 or 5. This symbol will substitute for any other apart from the feature scatter symbol.

The scatter symbol is the diamond and if this appears three or more times across the six reels, the free spins feature is activated. This feature sees you gain five free spins if landing the minimum three scatters all the way up to 50 free spins for the maximum of six scatters. During this feature each of the wild symbols has a 2x or 3x multiplier attached, making for some much more profitable spins to the standard game. As an additional bonus you’ll also you’ll also receive a win for simply landing the scatters – the minimum three giving you 4 coins, while the maximum six will give you 2,000 coins, making this the biggest pay-out in the game (as well as the 50 spins you’ll gain).