Jeopardy has come up a lot in my life recently, at least more than usual. No sooner did I hit publish on an article which states that everybody mispronounces Qatar did Qatar come up as the final Jeopardy answer(question?) with Alex pronouncing it correctly. That bastard. A couple of days after that, a good friend of mine was in town who was reading Brainiac by Ken Jennings. A couple of days after that, I met Ken Jennings(shown above, in a very flattering way). So, Baader-Meinhof has been in full effect. The weirdest part is that I started compiling a list of Jeopardy facts one day before any of that started.

It’s not that Jeopardy doesn’t normally come up in my life. I tried out for the show this year, via the online test, and believe I passed but I just can’t be certain. The online test is like applying for a job, if you don’t get invited to be on the show, they don’t get back to you. If you pass the test, meet all the qualifications but don’t get the 1D8 die roll, you get zero feedback. Jeopardy is also the only show that I actually watch on broadcast television. Every day at 6:59pm. I’d be really easy to assassinate.

Just because I love the show doesn’t mean it’s without flaws, it has plenty of those. From poorly sourced questions to that wino snow-back Alex Trebek, I have an Arby’s sized beef with Jeopardy. Here’s a few reasons why.

Play Wheel and Jeopardy! On PS4, XboxOne, PC and Nintendo Switch. Wheel Bingo by Mattel ® Wheel and BINGO unite for a fun family game! Jeopardy Labs allows you to create a Jeopardy game that's played right in the browser, no slideshow program needed. You can specify the number of teams that will play, the categories, and the answers and questions. A scorekeeper at the bottom of the game makes it easy to keep track of how everyone is doing.

1. Jeopardy is only 15 minutes long

I’ve timed it, and 15 minutes is being generous. Only half of Jeopardy is Jeopardy. 12 minutes of Jeopardy is commercials. That’s a full 40%. Jeopardy also has 3-6 minutes of filler. If you only care about the questions and don’t want to hear boring nerd stories or Trebek’s failing attempts at humor you can get through a half hour of Jeopardy in around 12 minutes.

If you watch Jeopardy 5 days a week, like any normal person does, that’s nearly 4,000 minutes a year of commercials. 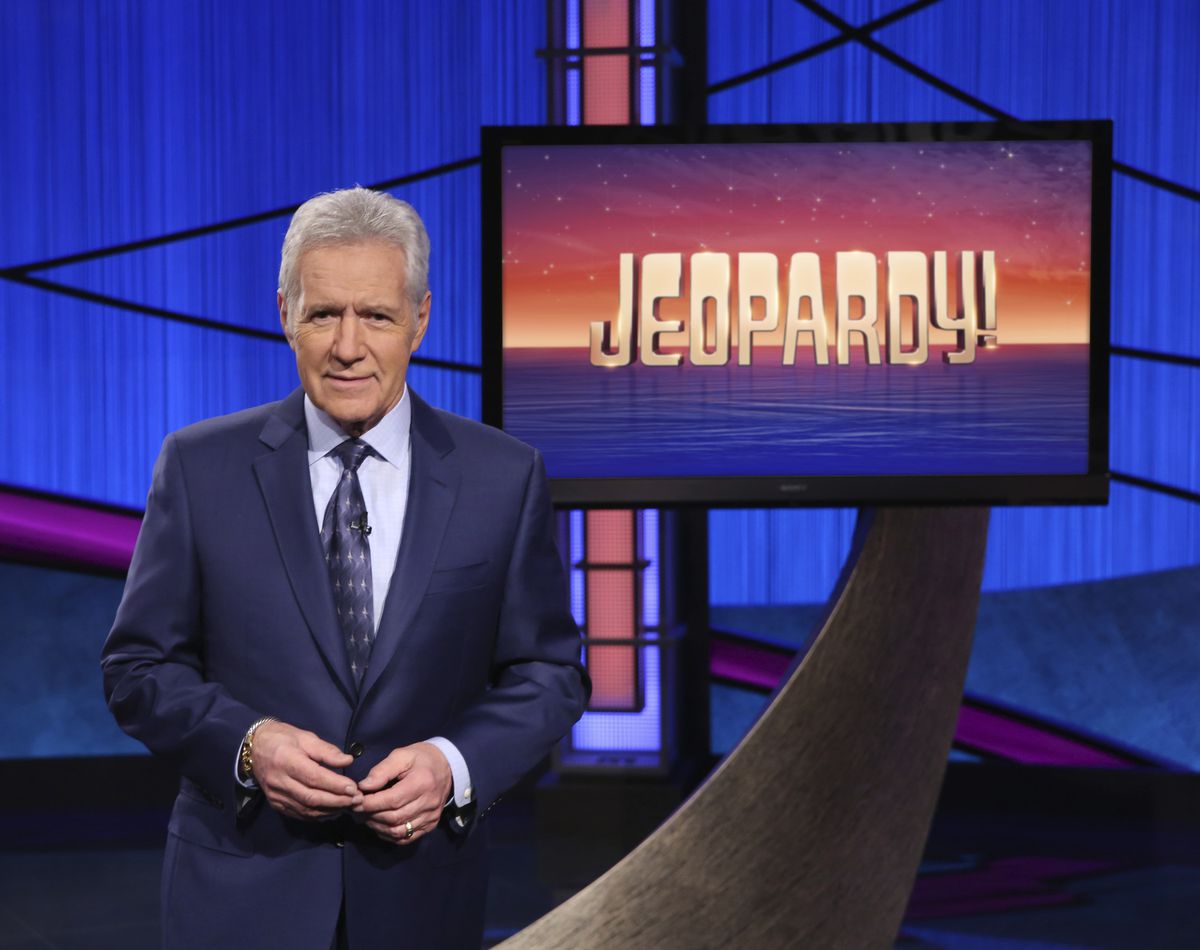 Half of all people who watch Jeopardy are older than 64.2. That’s a pretty damn old audience. That means when I watch Jeopardy with my 62 year-old parents they’re bringing down the average age. That’s amazing to me. It also partially explains why Trebek still has the job, old people don’t like change.

This varies from time to time and Jeopardy is often the #2 show. The only show to consistently do better than Jeopardy? The Wheel. Wheel of Fortune is also the only tv show with an older median viewer age than Jeopardy.

This helps explain the massive commercial block between the Final Jeopardy category and the start of The Wheel. Old people aren’t going to change the channel before the climax of their second favorite show, minutes before the start of their favorite show. They’ve got you right where they want you. Plus, you’re most likely watching it at an old folks home and Pearl has her medication time synced with the Final Jeopardy music.

I am unable to verify this but have found it referenced several times. This doesn’t count any of the sweet residuals he get every time those X-files or Cheers episodes are re-run. I mean, that’s a lot of money but I’m sure he earns it by working so hard. Jeopardy is on every day after all.

5. Jeopardy only shoots 2 days a week.

2 days a week, 3 weeks a month, 9 months a year. On Tuesday and Wednesday Trebek busts out 5 episodes before sneaking off to the bar and/or Lakers game. The man works 54 days a year, for $10M.

Surprisingly it can actually take all day to shoot 75 minutes of tv. One thing that takes a lot of time is fact checking. Ever notice odd cuts where Alex explains why somebody’s total was adjusted? Those are often done after fact checking breaks.

6. Jeopardy is based off a flawed and stupid premise.

One reason for all those readjustments, which seem to happen more and more frequently, is that Jeopardy is stupid. Or, I should say, it’s based off of a stupid concept. It’s the How I Met Your Mother of syndicated game shows. The show itself is good but there’s not a way to undue the stupid little quirk that got the show picked up in the first place.

The show was conceived by Merv Griffin’s wife. An example of one of her original ‘answers’ would be 5,280. With the “question” being ‘How many feet are in a mile’. The main flaw in that is; it’s stupid. It’s a bad concept for a show. There are multiple questions for every answer. In this case: Official elevation of Denver, a magazine about Denver, 32×165, some fancy question involving the J-invariant, the Jewish Calendar year for 1519/1520, three people who have never been in my kitchen x 1760, etc.

It’s a fine game to play on a road trip with your wife but it absolutely is a poor premise for a game show. The ‘answer’ has to be presented in a convoluted way to make the show work at all and this easily seen flaw causes problems in a lot of episodes. But, what are you going to do? People like quiz shows and this one already has its idiotic premise set in stone.

Nothing witty to add. Just putting it out there.

Outstanding Direction for a Game/Audience Participation Show and Outstanding Special Class Writing aren’t even Emmy categories any more. They’re just too niche of a specification to deserve their own Emmys. Outstanding Game/Audience Participation Show is akin to the Best Animated Feature Oscar. If you meet the minimum requirements for a nomination, you’ll get a nomination. Basically the nominations are; whoever tried to do this extremely specific category. There’s not even a fixed number of nomination slots, it’s IF game show THEN nomination. So 13 awards seems like a lot but some of those years they were up against just 3 other shows, in total. Because there were only 3 shows that could possibly be in that Emmy category.

Best Game Show host was historically a contest between Sajak, Barker and Trebek. That Millionaire chick broke the club up a bit and now Cash Cab is getting in on it but it’s not exactly up there with “Best Actor” in terms of competition. If you host a game show, you can pretty much count on a nomination.

I once took 3rd at State for Freestyle wrestling in high school. That sounds impressive until you find out only 8 guys showed up in my weight class. If you have to end a statement about an award with “I will take no follow up questions as to the strength of my competition”, that says something about the worth of the award.

Still, 30 Emmys in the absolute easiest categories are still 30 Emmys, pathetic as they may be.

Let’s leave it at 8, base 10 just seems too European. I suppose I could mention some lesser known facts, like; Trebek shaved his mustache in 2001 as to not look like a terrorist, Ken Jennings palooka’d his final game on Jeopardy due to running low on funds combined with a backroom deal for a $1M Tournament of Champions, how most people bet The Daily Double wrong or how The Teacher’s Tournament has to be dumbed down so that teachers can participate. But all of those things seem a bit too sensationalistic for the tone of this particular article. Maybe I’ll present those in a follow up, ‘5 Fact About Jeopardy, also; I’m a jerk’. That sounds like something I’d do.

In conclusion, unless your daily meds trigger is a game show tune, make sure to DVR Jeopardy and not waste 65 hours a year hearing about Aleve.

Players:
up to 3 players
Publisher:
Ubisoft 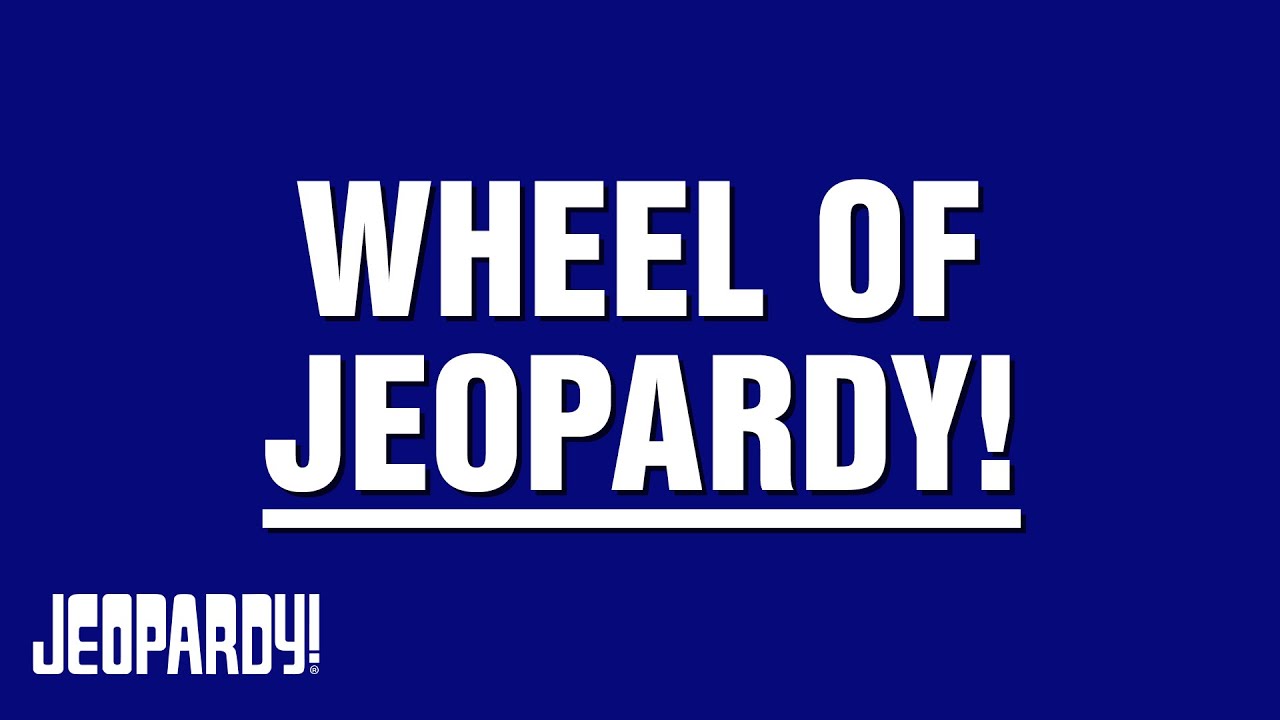