About the European Poker Tour

The European Poker Tour is recognized as one of the premiere poker tournament series in the world. It is held in the same esteem as the World Poker Tour and the World Series of Poker, and it draws players from all over the globe into several months of heated competition. While all the main event games are Texas Hold'em (and populated by some of the very best poker players in the world today), there are plenty of EPT satellites, and for every city hosting a main event, you can be sure to find ladies' games as well as a variety of games that cater to various poker styles. The European Poker Tour is made up of a series of events, such as the EPT Scandinavian Open or EPT Prague, which each have a different location, although all are in major European cities renowned for their beauty and appeal to tourists. Each year, new sites are added to the European Poker Tour. The EPT, which started with only seven events, now tours to thirteen locations around the continent. Many of the EPT cities have stayed constant since the beginning, such as Barcelona, London, and Copenhagen, while others appear only for a season or two.

Buy-ins for the main events range anywhere from €3,000 to €10,000, and the number of players, which has been rising steadily every year, ranges from location to location. Well-established tournaments such as the Barcelona Open and San Remo event tend to have more players and thus a larger prize pool. Players over the age of 18 are welcome to play (although in Tallinn, players must be at least 21), but EPT tournament players are required to sign a waiver form. The EPT recommends that participants try to win their spot in the tournaments through playing satellite qualifiers through the site; players who do not attain their seat this way and/or would like to buy their seat in the competition can do so directly through the website. Prices vary per event.

History of the European Poker Tour

Uptown aces. Unlike many of the other large scale poker tournaments, the European Poker Tour was started when a former professional poker player decided that more people deserved access to the game. With Texas Hold'em at an all-time high in popularity, former Poker Million tournament winner John Duthie decided that he was in the perfect position to create a new poker tour that would appeal to poker players all over the world. While the World Poker Tour and World Series of Poker both catered to professional players, the WSOP was held entirely in the United States and the WPT, despite having locations all around the world, was still dominated with American tournaments. Thus the European Poker Tour was born, offering a series of high-stakes tournaments in purely European locations. As the EPT has grown, the number of locales has increased steadily from seven (in the first two seasons) to the thirteen available in the most recent season of the tour.

Not only the locations set the EPT apart from the WSOP and WPT in the early days; in an attempt to draw more players, the European Poker Tour started with considerably smaller buy-ins for the majority of the events. This attempt to draw in new blood was so successful that many part-time poker players launched their full-time professional careers after playing and/or winning in one of the EPT events.

Past Seasons of the EPT

Season 1 of the European Poker Tour saw a new poker event that was trying to set itself apart from the rest and draw new players in with lower buy-ins and seven European locations. This first season was dominated by European players, with England carrying over twice the seats at the final tables as any other country. Original locations included Barcelona, London, Dublin, Copenhagen, Deauville, Vienna, and Monte Carlo.

In Season 2, Baden was added as a locale, and Vienna was removed, making Season 2 very similar to the inaugural season in terms of size. The Scandinavians dominated Season 2, taking first place in four of the seven events.

The Season 3 of the EPT saw the addition of Dortmund (which replaced Deauville) and Warsaw. By this time, the buy-ins were comparable to those of the other large scale poker competitions, and the EPT was becoming known around the world. Scandinavians took four of the eight events, but not before the Brits could claim two as their own.

Season 4 introduced the three-season addition of the PokerStars Caribbean Adventure to the EPT, as well as Prague and Sanremo. This season was dominated by the Americans, who won three of the events, followed by the French players, who won two.

Season 5 saw the removal of Baden and Dublin and the addition (for this season only) of Budapest. Germany did impressively well this season, taking three events, while players from the Netherlands, Pieter de Korver and Constant Rijkenberg, won two events during Season 5.

In Season 6, Berlin, Snowfest, and Vilamoura were added as permanent fixtures in the EPT lineup, while Kiev was added for a single season. Once again, the American players came out on top, winning four of the events, while the Brits attempted to close in with two.

The Grand Final of the European Poker Tour is one of the most anticipated events of the year, an event on par with the WSOP Main Event and the World Poker Tour Championships. For the first six seasons, all the EPT Grand Finals took place in Monte Carlo, Monaco, a seaside gem considered by many to be the gambling capital of the world. In Season 7, the Grand Final moved to Madrid, Spain, a capital city beloved by tourists for its beautiful architecture, botanical gardens, and some of the best museums in Europe.

During Season 1, Dutchman Rob Hollink took the first place prize, worth €635,000, while American Brandon Schaefer came in second. American Jeff Williams, who qualified for the Grand Final through PokerStars and was only 19 at the time, won Season 2 and the €900,000 first place, beating out Arshad Hussain. Season 3 saw American Gavin Griffin beat out Canadian Marc Karam for the €1,85,010 prize, but in Season 4, a Canadian would take the title away from the Americans as Glen Chorny captured the €2,020,000 prize out of the hands of Hungarian Denes Kalo. In Season 5, Dutchman Pieter de Korver solidified an already strong career by taking the €2.3 million first place prize from American Matthew Woodward. Season 6 of the EPT had a Grand Final where Lebanese Nicolas Chouity personally eliminated six of his seven final table opponents and claimed for himself the €1.7 million first place prize.

The current season of the European Poker Tour, Season 7, began with a complete restructuring of the tour, whose events always followed a certain order, despite the initial events being displaced in Season 6. Not only were the initial events (Barcelona, London, Copenhagen) disrupted, but Season 7 moved the Grand Final from Monte Carlo to Madrid and reincarnated Vienna as a locale while adding Tallinn to the docket. Sweden and Great Britain both had two victories in Season 7, leaving them tied for first place leading up to the Grand Final.

EPT satellites allowing players to qualify through PokerStars are currently closed for Season 7.

The current season, in addition to being the largest EPT ever, with more locations than any of the previous years, has so far been the site of a great number of EPT firsts. Deauville saw a final table with Kaspars Renga, the first Latvian to make it that far in the European Poker Tour, while, less than three months later, Darren Kramer became the first South African to sit at an EPT final table. The current season would also see the first time that Italians made up half of a final table-- in Sanremo 2011, four of the eight seats were taken by Italian professional poker players, many of whom had far less experience than the other players at the table.

The Casino Gran Madrid will be host to the EPT Season 7 Grand Final on May 7-12.

Satellites of the European Poker Tour

If you're looking for a way into the European Poker Tour events, look no further-- PokerStars offers a series of satellite tournaments that will allow you to qualify for EPT events, meaning that you can make your way into the big time games by only paying a small entry fee (in many cases, tournaments are free and only require that you have PokerStars Frequent Player Points to enter).

The European Poker Tour website recommends that those interested in participating in an EPT event first try qualifying through the PokerStars.com website. This official sponsor of the EPT has created satellite tournaments that, in Season 7 alone, added up to millions of euro in cash wins from players who qualified in this way.

Our PlayFreePoker.org EPT satellites page has up-to-date information on upcoming EPT satellites, including not only a list of satellites and what kind they are (regular or 'step'), but also the cost to buy-in (often around €2.20 for an entry-level step or €5.40 for many regular satellites), when the satellite is open, whether cash or Frequent Player Points are being accepted, and the EPT event to which the satellite corresponds.

The PokerStars UKIPT and EPT London Poker Festival returns to The Grand Connaught Rooms, London, England, and will run from October 7-18. This signature event will attract the best players from around the world as they do battle for millions of pounds.

The PokerStars London Poker Festival is also our UKIPT Grand Final with the £500,000 guaranteed, £700+70 buy in Main Event. Season 4’s London stop will again be an extravaganza of poker, with a wealth of events to choose from, including the £2,000 +200 High Roller and the £300+30 London cup event. You can buy in to most UKIPT events (except the super satellite to the main event) online at PokerStars from a few days in advance, until three hours before the selected event. If you don't have an account, download the free PokerStars software.

Please Note: you will be a considered a PokerStars player throughout the event if you buy-in online using your account.

Please note that all live satellites listed on the schedule below will take place at The Hippodrome Casino.

EPT Travel is offering a wide range of accommodation options at special rates specifically for UKIPT and EPT players. Please visit www.ept-travel.com for all available options.

Click for the full London Tournament Schedule, including starting stacks and level times.

All tournaments will have 3% of the tournament prize pool withheld to cover the costs of floor staff and dealers, with the exception of event 33 which has a 2% withholding. 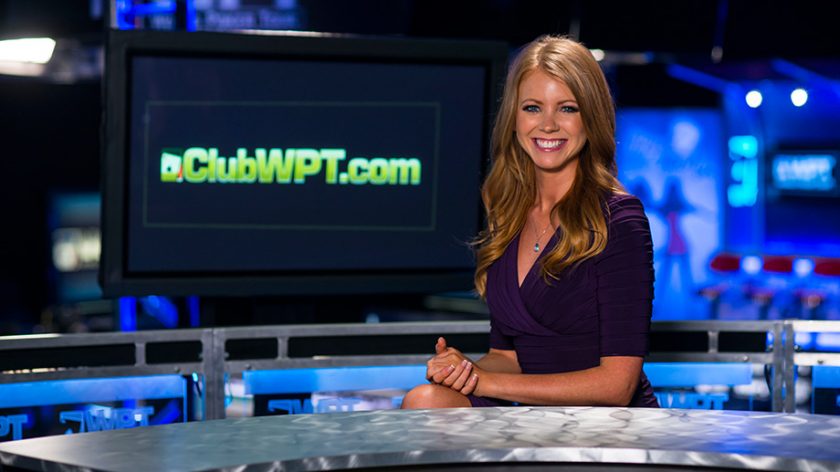 We reserve the right to change, amend or alter any portion of the above schedule.

Events with an asterisk (*) are part of the UKIPT and qualify for the UKIPT Player of the Year Award.

All Events that get 21 or more players, with the exception of Super Satellites or Entry Exclusive Events, qualify for the EPT Player of the Year Leaderboard Points.

All tournaments may have a day added or subtracted at Tournament Director discretion.