Don Johnson — no relation to the Miami Vice actor from the 80’s – is the CEO at a Wyoming company that makes online horse race betting software. He took $6 million in one night from the Atlantic City Tropicana casino. Not long before, he hit Caesars for $4 million and the Borgata for $5 million.

And he did it all playing blackjack.

A couple of years ago, says Johnson, several cash strapped casinos started getting desperate to secure more high limit players. In their zeal, it is reported that some in Atlantic City offered high limit players up to a 20% discount on their losses. This means that for every $100 lost at the tables, the casino would return $20. Offers like this were unheard of in Atlantic City in the past and those who had mastered the game and were in the position to take advantage of it did.

Johnson figured out how to drive the house edge even lower. Through tough negotiations, he convinced the casinos to offer him the most liberal rules possible (see Resources – Casino Rules & Conditions). He won’t say what all the conditions were in the final e-mailed agreement with the Tropicana, but Johnson and the casino management finally agreed, he had whittled the house edge down to one-fourth of 1 percent, by his calculations. In effect, he was playing a 50-50 game against the house, and with the discount, he was risking only 80 cents of every dollar he played. He had to pony up $1 million of his own money to start,while other casinos refused to let him play, the Tropicana limited his hands to $100,000.

But how did he clean them out for 6 million in 12 hours?

Although Johnson, had been playing blackjack since the 1990’s and had won several million, he was considered a green pea in Atlantic City, and went fairly unnoticed. At the Tropicana, he reportedly played one hand of blackjack per minute, which raised suspicion from surveillance cameras that he was cheating or counting cards. However, his streak was investigated by officials in Atlantic City and they deemed he was not cheating but has beaten the casinos fair and square, in the words of the Atlantic, by studying the game before setting foot in a casino.

What has dumbfounded skeptics is that it wasn’t card counting that helped Johnson win, but rather basic blackjack strategy, and a large enough bankroll to survive the variance swings. He was quoted as saying, “They (casinos) beat most people in the long run because the average person won’t have the bankroll – but I have my own bankroll. If you can take the swings, you’re going to win. You also have to understand the math.”

According to Tropicana CEO Mark Giannantonio, Johnson’s winnings at the Tropicana set back the casino in its monthly profits for April 2011, placing Trop at the second lowest slot of the 11 casinos in Atlantic City in terms of revenue. Giannantonio was subsequebtly fired.

Will any casino in the world ever allow Don to set foot in their establishment again?

If you would like to beat the dealer without counting cards, checkout The Easy Money Blackjack System™.

Every casino enthusiast knows the name, Don Johnson – the Atlantic City legend that won millions of dollars playing blackjack. His story is an inspiring tale of how one man managed, not to only to beat the house, but to take down three major casinos in Atlantic City for a $15.078 million between December 2010 and April 2011, without counting cards or any form of cheating.

It is the largest sum ever won in consecutive wins in blackjack, which put Johnson into the casino history books.

It seems impossible that anyone can win over $15 million fair and square in a period of five months. Yet, Johnson pulled it off. While everybody thought he was counting cards or executing some kind of elaborate scam, the truth is actually much more interesting than that.

He developed his own system that allowed him to beat the house in its own game. According to his interviews, Johnson explained that he didn’t just walk into a casino and start playing. In his opinion, playing casino games in Atlantic city was like throwing money away, as the rules of the game are set to give the house a significant advantage. His goal was to change the odds.

And that’s exactly what he did, by negotiating better terms before even approaching the tables. The tactic that most sophisticated gamblers and high rollers do. Surely, it might not work with average players, but casino management is usually very keen to negotiate a deal with players with a large enough bankroll.

The unfavorable environment in the gambling sector of Atlantic city after the financial crisis of 2008, made casinos desperate for customers, so they offered very beneficial deals for layers. Johnson knew exactly how to take advantage of such a climate.

At the time Johnson began his winning streak, AC casinos were seeing a significant drop in revenue and were keen to attract high rollers. Desperate might be the better word since casino marketers were offering deals that no one in the New Jersey gambling industry had ever seen before.

Accepting a greater risk for the possibility of a larger return was the game plan for casinos at the time. For instance, Johnson had a lifetime discount at Borgata casino. He was getting a 20% rebate on each $500,000 he’d lose.

Under the rules before the crisis, this perk would kick in only after he would lose whatever amount he’d won on previous trips to the casino plus an additional half a million. When he realized such rules were skewed against him, he took a break on visiting until the most convenient chance opened up – which it did, since the gambling sector was struck hard by the economic crises in 2008.

Looking to solicit Johnson with more enticing inducements to return to Borgata, the casino executive offered him a historic deal by changing a lifetime discount into a trip-to-trip basis just to make it more appealing.

Due to the casino’s competition for high rollers, once Borgata closed the deal with Johnson, Caesars and Tropicana offered him similar terms. That’s how he was able to negotiate once-in-a-lifetime changes in rules and conditions.

Bulletproof Plan and Sticking to It

Starting his winning streak at the Tropicana which is now operated by Eldorado Resorts, Johnson brought along a boatload of cash and negotiated a deal that effectively allowed him to play a 50/50 game of blackjack and to have a 20% on his losses on a visit-by-visit basis.

Johnson has approved a $100,000-a-hand limit since he had the cash to back himself up. Over the next 12 hours, he managed to work the odds in his favor, rolling with the punches and cashing in on the big wins. For such a short time, he won $6 million which resulted in the Tropicana CEO being fired a week later.

During play, Johnson was closely monitored by video cameras to see if he was using card counting strategies or cheating in any way. It turned out that he was winning fair and square, simply by using the basic blackjack strategy to ensure that every hand was played according to its merits.

After he ruined Tropicana’s revenues for the month, Johnson then moved on to other unsuspecting AC venue, generating a win of over $15 million dollars for its legendary five-month winning streak.

By using his rather large bankroll as a hook, Johnson continued playing blackjack via similar negotiation deals at Borgata and Caesars venues. He took down Borgata for $5 million and picked up another $4 million from Caesars before being politely asked to leave the premises.

Although he wasn’t specifically banned from the casinos after having his face printed across the newspapers, it’s not likely that Johnson will be getting such beneficial odds ever again.

The Simplicity of His Strategy

After taking down Atlantic City casinos, he has become a local legend and an inspiration for many gamblers. Players with a taste for huge wins and high risks were eager to find out its secret. The truth is – there isn’t any magic formula.

It all comes down to math and negotiating better terms with casinos. Johnson himself explained that there is no point in risking your cash and playing a casino game where the odds are never going to be in your favor. Hence, the player needs to find a way to improve the odds in order to start to win.

When it comes to blackjack, this means: 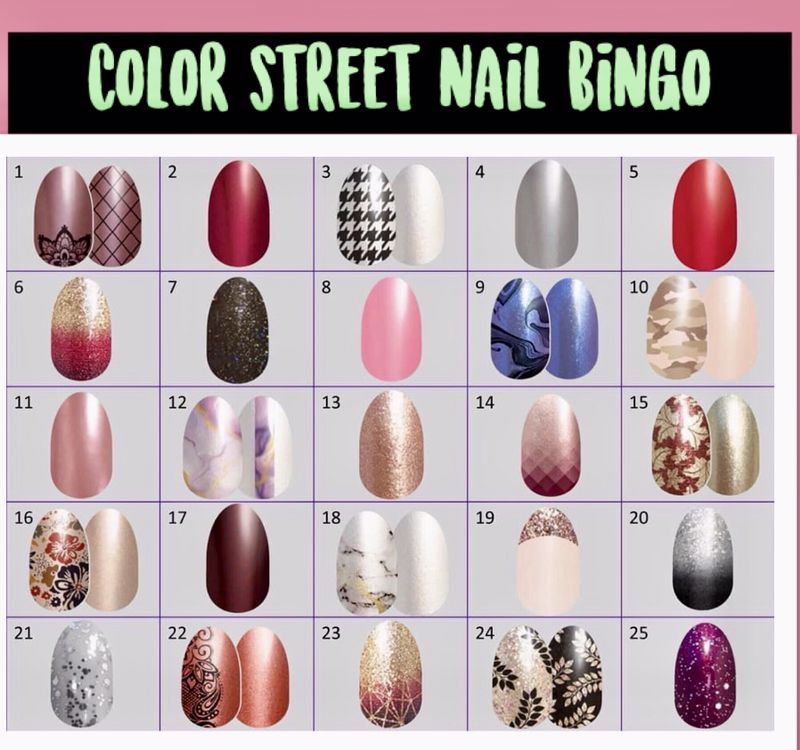 Aside from his skills and intimate gambling industry knowledge, Johnson is also an avid horse racing bettor and has been involved in equestrian performance sports for years. He grew up with racehorses on his uncle’s farm and worked as a professional jockey before being hired to manage Philadelphia Park racetrack back in the 1990s.

Johnson used his experience and keen intellect to serve as a state regulator in Texas, Oregon, and Wyoming, before making enough capital to found the company that develops custom-made software which defines risks and odds on horse wagering.

If Johnson was into making a lot of money, he could have used such background, and his obviously excellent negotiating skills to monetize on it.

However, he opted for blackjack and it turned out to be the smartest move due to a massive win of over $15 million over the course of only 5 months.

Johnson opted for blackjack because of the house edge and the idea that knowledge, intelligence, and discipline are needed when relying on skills and math to beat the house.

When it comes to this, no other game can stand toe-to-toe with 21. It is clearly shown by comparing the odds of other games.

Let’s take a peek at those numbers:

In comparison, 21’s house edge is below zero by default – meaning if the player executes a proper blackjack strategy in a well-selected game variant the house edge drops down to between 0.2 and 0.4 percent.

However, with the proper strategy executed to perfection, the house edge is close to zero.

The only countermeasures at casinos’ disposal are the rules, which are being changed slowly, gradually, almost invisibly for the last sixty years in order to revert their advantage.

As the industry insider and a professional blackjack player, Johnson was utterly aware. It is exactly the reason why he negotiated the rules so wisely before taking a seat at the tables.

He knew precisely when was the right time to strike, beat them at their own game, and walk away with over $15 million. It is why he will remain as the legend who only by his own wisdom has conquered the toughest opponent – the house itself.