Drinking bingo game. 👉 Send friends the bingo card that matches them 👉 Get the group chat ready RULES 🥃 GIVE A SHOT every time you hit a bingo 📹 SELFIE SHOT to chat or zoom when u get hit 🍻 EVERYONE DRINKS when middle rule hits 😢 YOU DRINK when you feel the sadness inside. Or make up your own rules. Drinking Bingo includes a real metal wire bingo ball spinner, 48 Bingo Balls (eight balls each in six different colors), and 6 multi-colored shot glasses. Each shot glass holds up to 1 ounce (29.5 milliliters) and is made of glass. Drinking Bingo is a must-have drinking game for every party! Choose a shot glass and spin.

The Boeing 777 has been a staple in widebody transport since its first flight in 1994.

Since then, the 777 (also known as the B777 or the Triple Seven) has seen many variants developed from it.

The most numerous and successful variant of Triple Seven is the 777-300ER, also known by its ICAO designation as the B77W.

What is it that made the B77W so successful? Keep reading to find out 10 things you didn’t know about the B77W

The first B77W was delivered to Air France on April 29, 2004, and is still under production.

9. It is Extremely Powerful

The GE90-115B is the most powerful jet engine in the world.

8. It is the World’s Largest Twinjet

Due to the power provided from the GE90’s, it only requires two of them, making the B77W the world’s largest twin-engine aircraft.

Its direct competitor, the Airbus A350, is a twinjet, but has a maximum takeoff weight that is nearly 80,000lbs less than the B77W.

With a maximum takeoff weight of 775,000lbs, it’s also the heaviest variant of the 777 family. 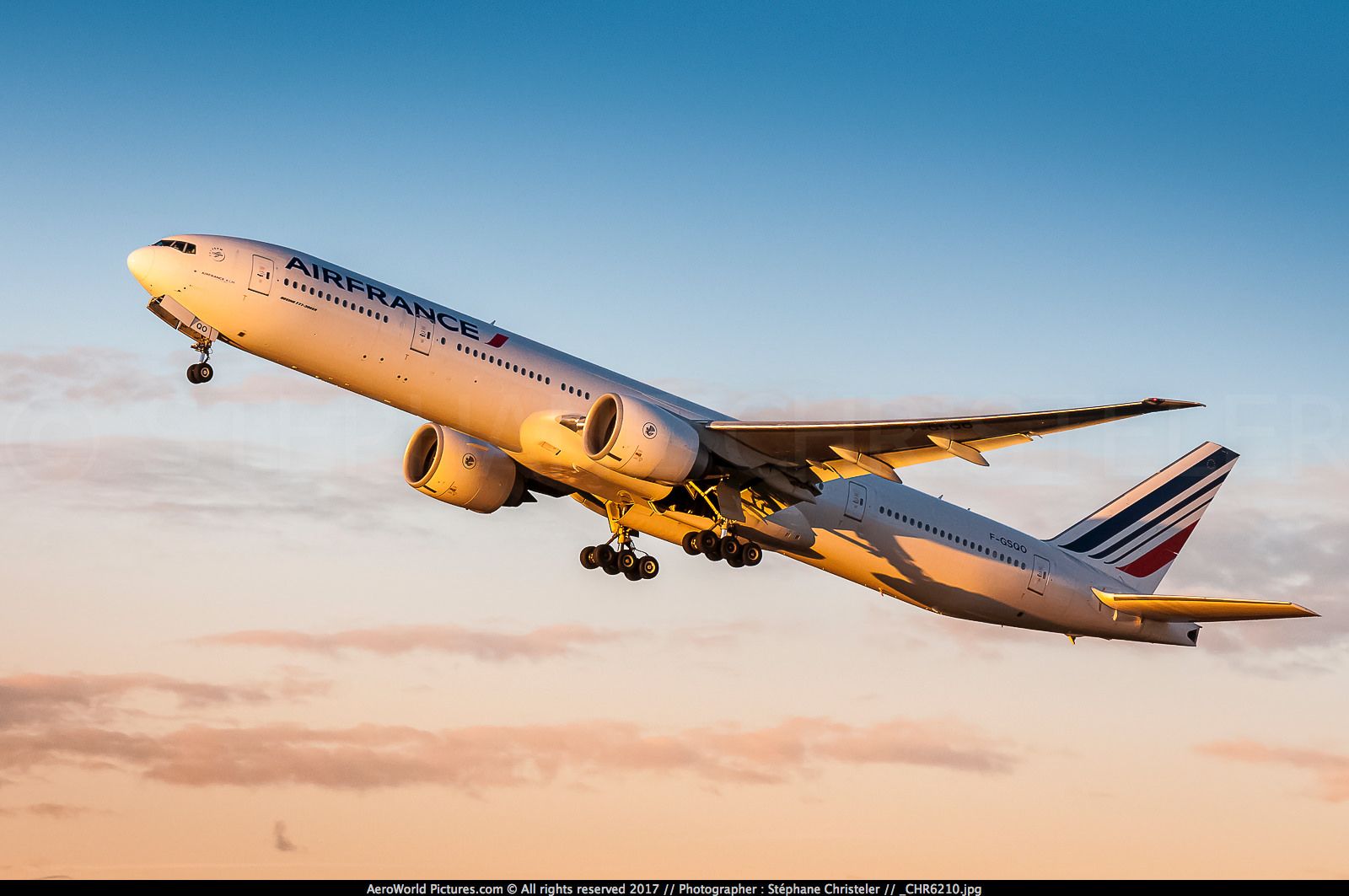 7. It is Cost Efficient

It’s powerful and efficient engines provide cost savings for the airlines it serves.

Many airlines have replaced their older Boeing 747s with B77Ws because the latter is 20% more fuel efficient.

It is also more efficient and cheaper to operate than its Airbus competitors, the previously mentioned A350 and the 4 engine A340.

6. It Holds a Massive Amount of Fuel

About 40% of the B77W’s maximum takeoff weight consists of fuel.

Fully loaded, the B77W can hold nearly 48,000 gallons of jet fuel, the equivalent of 4 semi-truck tankers.

This gives it a range of over 7,000NM, making it a great choice for intercontinental travel.

5. Boeing is Developing a Freighter Version

Many wide-body aircraft are converted for use as freighter aircraft, and the B77W is no exception.

Boeing is developing an updated version of the Triple Seven, called the 777X, which will also feature a freighter variant.

The 777X will not be available until 2022, so Boeing has decided to convert some B77W airframes into freighters to bridge the gap.

In 2014, the government of Japan purchased two B77W aircraft to serve as the official air transport for the Prime Minister and the Emperor.

They officially entered service in 2019, replacing their old 747s.

The 777 fleet as a whole are among the safest planes to ever fly, with only 0.4% of the fleet being written off due to accident.

On June 27, 2016, a Singapore Airlines B77W took off from Changi en-route to Milan when a low oil alarm went off.

The crew turned around, and the engine caught fire as it landed back in Singapore. The plane landed safely, and there were no injuries.

2. It is the Aircraft of Choice for Emirates

Emirates, based out of Dubai, UAE, is the worlds largest operator of the B77W.

They currently have 130 B77W aircraft in service, the largest amount of aircraft in their inventory.

With the newer B777X coming in a few short years, many airlines will start retiring their B77W fleets.

The oldest B77W airframes are over 15 years old, and the high volume of use leads to wear and tear.

While most airlines are keeping a lid on retirement, Qatar Airways plans to retire 48 of their B77W’s by 2024 to be replaced by the B777X.