On 27 May 2016, a Boeing 777-300 of Korean Air, operating as Korean Air Flight 2708[1] from Haneda Airport in Tokyo to Seoul's Gimpo International Airport, was accelerating for take off when its left engine suffered an uncontained failure and a substantial fire ensued. The crew aborted the take-off, and after the aircraft came to a stop the fire was extinguished by the airport emergency services. All 319 passengers and crew were evacuated; 12 occupants were injured.[2][3]

As the aircraft was taking off from Runway 34R at Tokyo Haneda, the pilots heard a loud bang coming from the left. The pilots aborted the takeoff and the aircraft came to a stop, whereupon an evacuation commenced. All the occupants escaped, but 12 passengers were injured and were taken to a hospital near the airport. Incoming flights were diverted to Tokyo's Narita International Airport and to Osaka. The airport firefighters quickly extinguished the fire.[citation needed] The aircraft reportedly travelled 700 metres down the runway before coming to a stop, with engine-parts scattered 600 metres from the point at which the aircraft began accelerating and tire-marks 700 metres from that point.[6]

The Japan Transport Safety Board (JTSB), the South Korean Aviation and Railway Accident Investigation Board (ARAIB), and the United States National Transportation Safety Board (NTSB) all investigated the accident, with assistance from experts in South Korea and the United States. On 30 May 2016, investigators revealed that the LP turbine blades on the left (number one) Pratt & Whitney PW4098 engine had 'shattered', with fragments piercing the engine cover, with fragments subsequently found on the runway. The engine's HP turbine blades and HP compressor were intact and free of abnormalities, and investigators found no evidence of a bird strike.[7] As of June 2016, the investigation into the cause of the accident was still ongoing.[8]

The aircraft was repaired and returned to service with Korean Air on 3 June 2016.[9]

A later JTSB investigative report, released on 26 July 2018, discussed a significant number of problems related to the failure and the response of the crew and passengers to it. These included poor maintenance standards that overlooked a crack growing in the LP turbine disc in the engine created by metal fatigue that eventually failed, the failure of the crew to locate the list of emergency procedures for use in such an emergency, beginning evacuation of the aircraft whilst the engines were still turning meaning there was a risk of passengers being blown away by the engines, and passengers ignoring instructions to leave luggage behind when using the evacuation slides risking piercing of the slides.[10] As a result of the fire, the FAA issued an Airworthiness Directive mandating inspection of engines of the type involved in the fire to evaluate the condition of the components which failed on Flight 2708.[5]:56

The archive sspx772v2_pw4000_koreanair.zip has 131 files and directories contained within it. 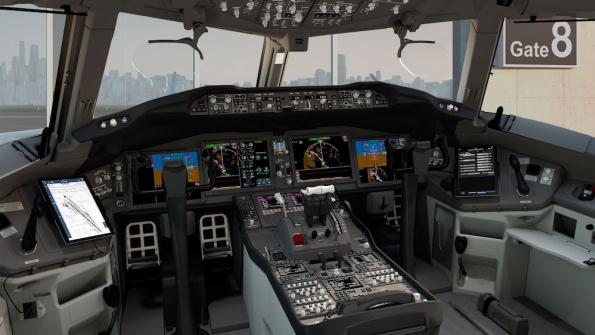 This list displays the first 500 files in the package. If the package has more, you will need to download it to view them.

Most of the freeware add-on aircraft and scenery packages in our file library come with easy installation instructions which you can read above in the file description. For further installation help, please see our Knowledge Center for our full range of tutorials or view the README file contained within the download.