What are Bingo Calls?

Bingo calls are used as a way to clarify all 90 bingo numbers on the board. From far away, 42 and 52, for example, can sound the same, so these nicknames served as a way to tell the two numbers apart. As bingo nicknames spread outside London, they took on more regional meanings, and some bingo callers added pop culture references. Below is a complete list of numbers and their bingo calls, followed by an analysis of some of the bingo numbers and how their names differ by the bingo caller and the region.

The complete list of bingo call numbers in the UK

Bingo Calls Based on Rymes

Of the 90 total bingo calls in the UK, more than 50 take their names from rhymes with their numbers. If you can’t remember a particular number of a nickname, you can create your own by forming a rhyme. In fact, as bingo nicknames change locally, one of the main causes is tweaking the rhymes and making them region specific.
A few rhyming bingo numbers stick about because they have interesting cultural or visual references that lead to the nickname. Below are a few of the most interesting ones, many of which have regional alternatives depending on the caller’s personal preference.

Based on the hidden message origins of U.K. rhymes, the “garden gate” is possibly a reference to a meeting place or drop-off point for smugglers and gang members.

For a different rhyme, you can use the nickname “rugby team,” for the number of players involved in the sport.

Based off the 1976 hit by Abba, this number gets its name from the opening lines of the song “Dancing Queen”: “You are the Dancing Queen, young and sweet, only 17.”

The number 26 is also called “bed-and-breakfast” because of the traditional cost, two shillings and sixpence — otherwise known as “half a crown.”

Depending on the region and bingo caller, this nickname might be replaced with “I love my mum.”

Some audiences prefer the nickname “weeks in a year,” but Danny La Rue is a more modern pop culture reference, based on the Irish singer known for his cross-dressing.

Some Brits say “tickety boo,” English slang for “good” or “in order.

Calls Based on The Bingo Numbers Shape

If you’re not sure of the rhyme, some numbers make it possible to remember the nickname through their shapes. The number two looks like a duck, providing the nickname “one little duck” as an alternative call. The number five appears to be a snake, so the number 55 is “snakes alive” because the figure combines the shape with the rhyme.
Anything with the number eight can refer to a fat lady. Finally, the number seven looks like a crutch, so when the number 27 isn’t called as “gateway to heaven,” it’s “duck with a crutch” to pair the two look-alikes together.
Below are a few more numbers that use appearance to derive a nickname.

This number is easy to remember because the two ones look like a pair of legs. Historically, patrons would shout a wolf whistle when this number was heard, but some bingo halls view the practice as sexist. Some patrons have been kicked out from bingo halls if they utter a wolf whistle.

The ducks return for number 22, and the numeral is often called “quack quack” as slang. Some circles have dubbed this number “Bishop Desmond,” in honour of South African social rights activist Desmond Tutu.

This one is easy to remember: While the duck in the number two is cute, you want to dive out of the way of the snake in the number five. This number is also a convenient rhyme.

Along with number 11, a droopy drawers visualisation always elicits a few giggles from the crowd of bingo players in the hall.

Also known as “the same both ways,” each numeral of 69 can be flipped upside down and look exactly the same as its opposite.

If the number seven is lucky, then the number 77 has double the luck. Some bingo callers might use the term “double sevens,” “lucky sevens,” or “two little crutches” for a visual nickname.

While the number eight and a blank (or zero) is easier to understand, this call used to be known as “Gandhi’s breakfast”. People imagined that the appearance of the number is what Indian independence movement leader Mahatma Gandhi would look like if he sat cross-legged with a plate in front of him. 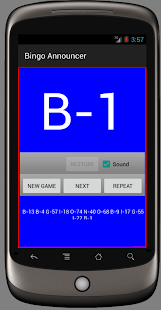 The number eight also provides a reference to curvy women, which means 82 is alternatively nicknamed “fat lady with a duck,” playing off the imagery with the number two.

This is another image-based number, where the curves of the eights look like two large ladies sitting next to each other.

The bulk of the historical references in bingo terms come from the 1950s and ’60s. During this period, bingo began to reach its peak popularity, and many of the nicknames formed in these years have stuck around for decades. However, some people are calling for modern updates to the nicknames to make them more relevant to today’s players and appeal to younger generations.
The easiest way to broaden the appeal is to pick traditionally rhyming numbers and assign pop culture references to them. For example, the number 32 would be called “Jimmy Choo” instead of “buckle my shoe,” 84 could be “Dumbledore,” and 42 “Winnie the Pooh” could be rebranded as “Pikachu,” the Pokémon character.
Several top historical references can be found in bingo call nicknames. Check out the ones below to see which nicknames you already knew and which ones you think could be updated for contemporary audiences.

Most people believe this number is a reference to Ned Kelly, one of Australia’s greatest folk heroes. Others claim this phrase is simply military slang.

This call stems from World War II, where British doctors handed out the number nine pill to soldiers that weren’t diagnosed with a specific condition. This powerful laxative was meant to clear the system of ills.

While this number is a rhyme, the nickname changes each time a new prime minister is elected. Currently, the number 10 is also known as “David’s den,” after David Cameron, but the number has also been called “Tony’s den” for Tony Blair and “Maggie’s den” for Margaret Thatcher.

This number refers to the 21-gun salute presented at royal and military ceremonies.

What rhymes with 30? Try “Dirty Gertie From Bizerte,” a humorous song belted out by soldiers during World War II.

“The 39 Steps” was a famous movie by Alfred Hitchcock that debuted in 1935. The film is still popular today.

This rhyme comes from the stories of the honey-loving storybook bear and his adventures by A. A. Milne. The Walt Disney franchise picked up the story in 1965.

This call is based on the show “The Adventures of P.C. 49,” which aired from 1946–53. The show’s plot tells the stories of an unconventional police constable solving cases in London. Some bingo halls actually use the term “police constable” when making the call. Alternatively, bingo callers may use the phrase “one more time” to rhyme with 49.

During the 1950s, the cost of a marriage license was five shillings and sixpence. Women players have traditionally shouted back “every penny!” in response to the call.

Heinz is known for having 57 varieties of canned beans. Even though the company actually sells more products, the founder, Henry Heinz, decided that 57 was his lucky number and stuck with this figure.

A person can travel 59 minutes by train from Brighton to London. Hence, the Brighton Line is 59.

This call takes its cue from the 1972 hit movie and musical “The Music Man.” “Seventy-six trombones led the big parade” is a phrase that forms part of the lyrics.

This simple rhyme takes its origins from the town of Torquay, a seaside resort town in Devon, in the southwest region of England.

Along with the numbers that resemble animals and objects, bingo callers hit certain milestones during the game that they can use instead of traditional nicknames. The first option is counting the dozens. The number 12 is “one dozen,” 24 is “two dozen,” and on up until “seven dozen” at the number 84. If you can easily calculate your multiples of 12, then you never have to worry about remembering these numbers.Below are a few other milestones that you will reach during your journey through the bingo games. These figures should be easy to remember as long as you can count to 90.

Seven has been traditionally considered a lucky number, which is why the figure sticks when used as a bingo call.

If seven is a lucky number, then 13 can be considered unlucky. Some hotels and airlines even skip the 13th floor or rows to avoid any perceived bad luck associated with that number.

This little reminder to the gentlemen in the audience highlights the fact that Valentine’s Day is Feb. 14.

The “Sweet 16″ is one of the most significant birthdays for teenage girls, similar to a quinceñera. This number celebrates that special milestone and sets the stage for other “milestone ages” during the rest of the teen years.

This age denotes when teens are considered adults. An alternative bingo sayings nickname for this age is “now you can vote.”

After you hit your “Sweet 16″ and come of age at 18, you say goodbye to your teenage years before entering your 20s at age 19. This age is the last age reference in bingo calls until you reach the retirement numbers.

Score is an old word for the number 20, as referenced in Abraham Lincoln’s “Gettysburg Address”: “Four score and seven years ago.” Like the dozens, callers can refer to scores every 20 numbers, with “two score” for 40, “three score” for 60, and so on.

If you don’t like the dozens, callers can also refer to this number as “did you score?”

Bingo numbers reach 90, so the number 45 represents the halfway mark.

Alternative names for this number are “Snow White’s number” because of the song, “Heigh-Ho (Five-O) It’s Off to Work We Go” or “Hawaii Five-0″ for Americans.

This age represents the traditional age when people retire and start collecting their pensions. The bingo caller might also say “stop work” or “time to retire.”

The bingo caller can also refer to the numeral 89 as “all but one,” because the numeral is only one number away from 90.

This nickname honours the last number in the bingo roll call. Some bingo callers might say “the end of the line,” or “as far as we go.”

While the rise of bingo in pubs and coffee shops around the UK contributes to the modernization of bingo nicknames, the internet era also works to spread them. When players log on to play free bingo, they’re able to chat with people across the U.K. and in other countries. This connection keeps the nicknames alive as people use them and allows users to share their regional bingo sayings and compare notes over who has the funniest and most original nicknames. With the help of the internet, more bingo nicknames than ever are spreading across Great Britain.
All of these nicknames work to create a sense of community in the bingo world. People not only compete against each other, but they also have a fun time throwing out different calls and joking around with certain numbers. Whether you’re playing online, in a bar, or at a bingo hall, you’re surrounded by people who laugh at the same jokes and are working to achieve the same goal. This friendship is what makes bingo one of the top gambling in games in the UK, if not the world.Bingo Guide
The most comprehensive guide to bingo games, strategy & bingo odds. Discover the colourful histo..
Bingo Lingo
Playing online bingo comes with an entirely new set of lingo that you wouldn't hear in a bingo hall..
How to Play Bingo
If you want to learn everything there is to learn about online bingo, then you've come to the right ..
Latest Pages