With Monday’s announcement of four new Beatrix Potter 50p coins leading to as many as 50,000 collectors queuing at The Royal Mint’s website to reserve the coins online, Change Checker can reveal which of last year’s 5 Beatrix Potter circulation 50p coins are currently the most sought after by collectors.

Using data unique collecting and swap data, Change Checker will be publishing its first-ever 50p “Scarcity Index” later this month but ahead of the full publication, we can give you a sneak preview as to which of last year’s Beatrix Potter 50p coins are currently most sought after by collectors.

How rare are the Beatrix Potter 50p coins?

Final mintages are yet to be published but the Change Checker “Scarcity Index” scores each of the UK’s 54 circulation 50p coin designs out of 100 to determine their relative scarcity.

Results suggest that Jemima Puddle-Duck is currently the 6th most difficult coin to find in your change, with Squirrel Nutkin coming in close behind. Peter Rabbit has certainly become easier over the last few months but still sits 20th out 54 issues.

How valuable are my Beatrix Potter 50p coins?

Currently you can still buy base metal collector versions of the Beatrix Potter 50p coins direct from the Royal Mint for £10 and Change Checker Certified Brilliant Uncirculated versions for £3.99, rather than wait to find them in your change. That has meant that their values have been pretty much capped.

But The Royal Mint has confirmed that they are not striking any more 2016 collector editions, which means that when current stocks of the Brilliant Uncirculated version are exhausted, collectors’ only choice will be to search for circulation versions.

So whilst the 2016 Beatrix Potter 50p coins are not likely to follow the example of the ultra-rare Kew Gardens 50p, which achieves prices of between £70 and £100, collectors may see prices rise from around 6 times face value to somewhere between 10 and 12 times face value over the coming months.

But don’t forget, the joy of Change Checking is that you may receive a Beatrix Potter 50p coin in your change at any time for just its face value – 50p.

To receive a FREE notification when the updated Scarcity Indexes are published (including the full 50p Scarcity Index), please complete your details below:

It would behard to find someone who hadn’t heard of this naughty little rabbit. The central character of Beatrix Potter’sbeloved children’s stories, Peter Rabbit has featured on many staplecollectables.

EmmaNoble’s design of this coin, which features an original illustration of Peter Rabbit by Beatrix Potter herself,perfectly captures Peter Rabbit’s cheeky personality, as he can be seen crawling under Mr. McGregor’s fence!

This coin won’t be entering circulation but is available to purchase in Brilliant Uncirculated quality for just £4.50 (+p&p) here.

Where it all started

It was in2016 that Peter Rabbit escaped from Mr. McGregor’s garden and made his firstdebut on United Kingdom coinage.

There were five Beatrix Potter 50ps issued in 2016, including the incredibly popular Jemima Puddle-Duck, which, for a long time, was considered the rarest Beatrix Potter coin in circulation. She was also joined by fellow characters Mrs. Tiggy-Winkle and Squirrel Nutkin.

A very special 50p was issued the same year, celebrating Beatrix Potter herself and features her silhouette and her emblem.

This series of coins continued into 2017, 2018 and 2019. Fifteen Beatrix Potter coins have now been issued since 2016, each featuring one of Potter’s delightful characters, from Flopsy Bunny to Mrs. Tiggy-Winkle.

Peter Rabbit is the only characterto feature more than once in the Beatrix Potter 50p series, with no less than 5 coins issued to celebrated the nation’s favourite little rabbit.

Sadly, PeterRabbit’s 50p tale has now come to an end. Playhub casino no deposit bonus. It has been confirmed that the 202050p will be the very last UK Peter Rabbit 50p to be issued!

Which Beatrix Potter coins are therarest?

To celebrate the release of this brand-new Peter Rabbit 50p, we’vetaken a look back at the mintage figures for the different Beatrix Potter 50psto find out which ones are the rarest in circulation… 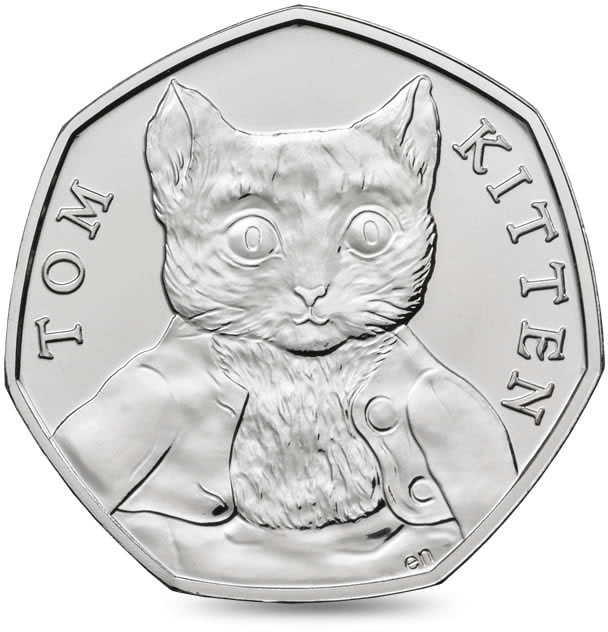 Following the release of the 2018 mintage figures, we’ve seen the 2018Peter Rabbit and Flopsy Bunny 50ps take joint top spot on the BeatrixPotter Mintage Chart. With mintages of just 1,400,000, these coinsare the rarest Beatrix Potter coins in circulation and have already proved incrediblypopular with collectors!

We also saw the 2018 Mrs. Tittlemouse claim its spot on thepodium, pushing Jemima Puddle-Duck – previously thought of as the rarestBeatrix Potter 50p in circulation – further down the chart, with a circulatingmintage of 1,700,000.

So collectors that have held onto their 2018 Beatrix Potter 50pswill be delighted to see this! If you don’t have these coins in your collectionyet, now’s the time to keep your eyes out to hunt down these sought-after 50ps.

4 years on from his initial release, it’s safe to say that Peter Rabbit inspired a whole new generation of collectors to start checking their change.

I have no doubt that the 2020 Peter Rabbit 50p will prove as popular as the previous years, and I’m sure collectors and Peter Rabbit fans alike will be chasing this rascally rabbit right into their collections.

This is your chance to be ahead of the crowd and secure the very last Peter Rabbit 50p in superior Brilliant Uncirculated condition for just £4.50 (+p&p).