Baccara scored a massive hit in the UK back in 1977 with their infectious disco anthem 'Yes Sir I Can Boogie'. No one could have predicted it would make a return to the charts in 2020.

But why, you ask?

Just a few years after Dairy Milk used it in advert starring a moustachioed office manager on his swivel chair, it's back via a completely unexpected source.

With hit singles such as 'Yes Sir, I Can Boogie', 'Sorry, I'm A Lady', 'Darling', 'The Devil Sent You To Lorado' and more than 25 million records sold, BACCARA were one of the world's most popular duo in the late 70's.

The original line-up consisted of two beautiful Spanish ladies, Mayte Mateos who was born on February 7th, 1951 in Logroño (La Rioja/Spain) and María Mendiola who was born on April 4th, 1952 in Madrid.

In the mid-70's, Mayte, who graduated as a teacher from the 'Royal Spanish Academy for Arts, Drama and Dance', was selected to join the Alberto Portillo Ballet of TVE, Spain's national television. This is where she first met María. Both girls left the ballet in 1976 and formed a duo named Venus. Their first television appearance as a duo was in the Spanish show 'Palmarés'. Their dancing act was slightly inspired by the Kessler Sisters from Germany. Venus signed a deal with a theatre located in Zaragoza, Spain. The owner reckoned their performances were way too elegant for his theatre and their contract ended after one week.

María had contacts in the Canary Islands and both girls were engaged to perform at the 'Tres Islas' hotel on the Spanish island of Fuerteventura. Very soon, their energetic and lively show had become the absolute highlight of the evening. 'But we also performed classic flamenco pieces', lead singer Mayte remembers, 'since 90% of the guests were from Germany and they loved flamenco music.'

And so did Leon Deane (record manager at RCA Germany), Patrick Krevitz (DJ) and Fred Dieckmann (who later became BACCARA's manager) who were on holiday in the same hotel. They were so fascinated by the show they saw on January 17th, 1977 at 11pm that they spontaneously invited Mayte and Maria to come to Germany.

Mayte & María arrived in Hamburg in the middle of March 1977 for the first recording sessions with German composer and producer Rolf Soja.

The bosses at RCA Hamburg were so impressed by their talent and their voices that only six days later their first single, 'Yes Sir, I Can Boogie', was recorded.

'It took us quite some time to find the right name. We had no idea how things would turn out. For all of us, it was a gamble, like Baccara! It's only later on that we made the connection with the most beautiful and most expensive rose.'

The first single 'Yes Sir, I Can Boogie' was released in May 1977. It was written by composer & producer Rolf Soja & lyricist Frank Dostal. In June 1977, it took the German Top 50 by storm, topping the chart for eight weeks. 25.000 copies of the single were sold daily in Germany. The peak was 48.000 copies sold in one day!

'Yes Sir, I Can Boogie' reached the #1 spot in 18 countries and sold more than 16 million copies worldwide. It was the first single performed by a female duo to reach number one in the UK single chart as well as the first one by a Spanish act. BACCARA got registered in the 'Guinness Book Of Records' as the female musical duo that had sold the most records to that date.

The follow-up single, 'Sorry, I'm A Lady' was released in August 1977. It started to chart in September 1977, was #1 for 7 weeks in Germany and soon became a worldwide hit reaching the #1 spot in the Netherlands, Belgium and Norway, #2 in Switzerland and #3 in Sweden.

In September 1977, Mayte & María received the 'Goldener Löwe Award' (Golden Lion Award) of RTL Germany for being #1 in the official charts with their first two singles.

In October 1977, the self-titled debut BACCARA album was released. The record was arranged and produced by Rolf Soja, like all the other BACCARA records until 1981. The sales of the first album were massive and exceeded all expectations at RCA. It went to #1 in all Scandinavian countries (remaining at the top of the album chart for 12 weeks in Norway and 8 weeks in Sweden. In Finland this album still is the 5th all-time best selling International album!) and #13 in Germany.

In November 1977, BACCARA represented Germany at the 8th edition of the 'Yamaha World Popular Song Festival in Tokyo' with the song 'Mad In Madrid'. Despite being tipped as favourites by the media, their song finished in fourteenth place.

By the end of 1977, BACCARA's success was spreading worldwide. They already had reached the number one spot in almost all European countries and were extremely successful in Germany, Austria, Switzerland, Scandinavia, the UK and Eastern Europe. BACCARA were also enjoying popularity in Australia, New Zealand, Israel, Japan and South Africa.

The public was charmed by Mayte & María, two elegant and glamorous women who complemented each other with their respective vocal styles, as well as with their wardrobe: Mayte would always be dressed in black and María in white.

On April 22nd, 1978, BACCARA represented Luxembourg at the 'Eurovision Song Contest' held in Paris with the song 'Parlez-vous français?'. Even though the Italian, Spanish and Portuguese juries gave the maximum number of points to Luxembourg, the song ended up seventh place with a total of 73 points.

Pick 3 day. However, it didn't stop the record from becoming a European hit. It charted at #7 in Belgium, #8 in Sweden and #21 in Germany. It was one of the best-selling singles of the 1978 contest. 'Parlez-vous français?' remains to this day one of the most requested Eurovision songs.

BACCARA's second album, 'Light My Fire' was released in July 1978. It did well all over Europe and charted in Scandinavia.

In 1978, BACCARA received the Bambi Award from the Burda publishing group.

With the annual Bambi awards, the Burda media group honours celebrities from the world of entertainment, literature, sports and politics who have achieved major success.

'El diablo te mandó a Laredo', a Spanish version of the 'The Devil Sent You To Lorado', was recorded especially for the Spanish territories and soon became one of BACCARA's biggest hits in Spain.

In November 1979, the third BACCARA album, 'Colours', was released.

At the same time, BACCARA recorded 'Eins plus eins ist eins', a German version of their song 'One, Two, Thee, That's Life', for the 'International Year of the Child' proclaimed by the United Nations. 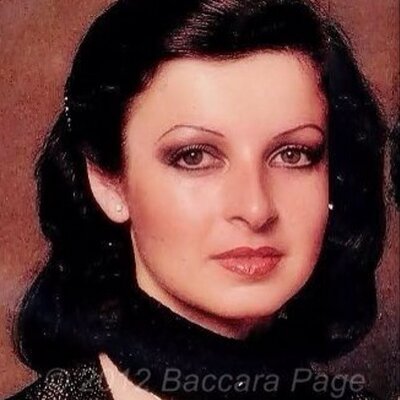 Later that year, BACCARA split up after a controversy that erupted with the release of the single 'Sleepy Time Toy'.

BACCARA split up in 1980 as a result of a controversy that erupted with the release of the single 'Sleepy-Time-Toy'.When the single came out, Maria complained about the fact that her voice wasn't heard on the song. She filed a lawsuit against RCA. She wanted the final mix to be changed. 'I was really baffled and didn’t know what was going on', says Mayte. 'Because it was my voice that had carried BACCARA for most of the time. And that's the way it had been for years. In fact, Maria never sang more than 15% of the BACCARA songs'. Because of the lawsuit, all the copies of 'Sleepy Time Toy' were removed from the stores. There was no hope for a resolution with the record company and BACCARA stopped their collaboration with producer/composer Rolf Soja.

In 1981, BACCARA reunited for a while for the recording of their fourth album, 'Bad Boys', which was produced in London by Graham Sacher.

In 1982, Mayte and María decided to go separate ways and went on to start solo careers.

In early 1999, negotiations between BMG and BACCARA 2000 began for the recording of an album.

In April, the first recording sessions took place in Hamburg.

BACCARA 2000 developed a completely different Eurodance sound and their self-titled album was released in September 1999.

In February 2004, BACCARA took part in the Swedish prefinals for the Eurovision Song Contest 2004 with the song 'Soy tu Venus' and even though they didn't make it to the final, their performance was quite successful. The song was written by Robert Olausson, Robert Habolin and Mats Jansson.

In March 2004, BACCARA released the abum 'Soy tu Venus'. At the same time, BACCARA embarked on a European tour.

On March 9th, 2007, BACCARA received the Radio Regenbogen Award for the most successful female duo of the 70's.

BACCARA's long awaited new album, 'Satin.. In Black & White' was released by Edel Entertainment Germany on June 27th, 2008. This album includes six brand new songs, six new recordings of the classic hits as well as a medley in German. 'Satin.. In Black & White' was arranged, composed and produced by Rolf Soja, lyrics by Frank Dostal, the original team behind the duo's biggest hits and most memorable songs.

In 2010 BACCARA's first christmas song ever the 'Christmas Medley' was released.

BACCARA are currently touring all over Europe.

BACCARA are back for good!