The new and specially modified Boeing 777 for India’s Air Force has arrived in New Delhi today. The aircraft, which will become the newest Air Force One for transporting Prime Minister Narendra Modi, touched down at 15:12 local time, following a 15-hour flight from Fort Worth in the US. VT-ALV had a 15-hour journey to get to DEL. The government recently took delivery of two specially-modified Boeing 777-300ERs for VIP travel. These aircraft replace the aging Air India fleet of 747s which were previously used for official travel. The new Air India One comes with state-of-the-air defense systems and a brand-new interior. The plane will be used by the President, Vice President, and Prime Minister of India, along with other dignitaries.

Air India One (also referred to as AI-1[1] or AIC001) is the call sign of the aircraft with the President, Vice President or Prime Minister of India on board. Air India is the national airline of India.[2] The aircraft is operated as VVIP flight by the Indian Air Force (IAF).[3] The IAF's Air Headquarters Communication Squadron, based at Indira Gandhi International Airport in New Delhi, is in charge of operating these aircraft. The new Boeing 777-300ER planes have arrived in India.[4]

Apart from the Boeing 747-400s owned by Air India and used on international state visits, the IAF currently owns four 14 seater Embraer 135, four 20 seater Embraer 145 and three customised 46 seater Boeing Business Jets (BBJ) that have a VIP cabin and are used for VIP movement. Of these the Boeing 747s are used by either the Prime Minister, President or Vice President when on official overseas visits.[5][6]

Mil Mi 8 VIP helicopter used to ferry The Prime Minister and The President from his residence to the airport or short distances.

Each Embraer 135 is equipped with missile-deflecting systems, modern flight management system including global positioning system, as well as category II instrument landing system. These aircraft cost the IAF ₹1.4 billion (US$20 million) each.[6] The Three BBJs, named Rajdoot, Rajhans and Rajkamal cost the IAF ₹9.34 billion (US$130 million) each (₹7.34 billion (US$100 million) for the actual aircraft plus an additional ₹2 billion (US$28 million) for Self Protection Suites).[3][5] Self-protection suites include radar warning receivers, it also has highly trained commandos to protect the president/vice/prime minister, missile-approach warning and counter-measure systems. The aircraft has the capability to shoot chaff and flares to deviate radar-guided and heat-seeking missiles off their track along with other security tools. The other security instruments are undisclosed by the Indian Air Force.

The onboard electronics include about 238 miles of wiring (twice the amount found in a normal 747). Heavy shielding is tough enough to protect the wiring and crucial electronics from the electromagnetic pulse associated with a nuclear blast.[7] 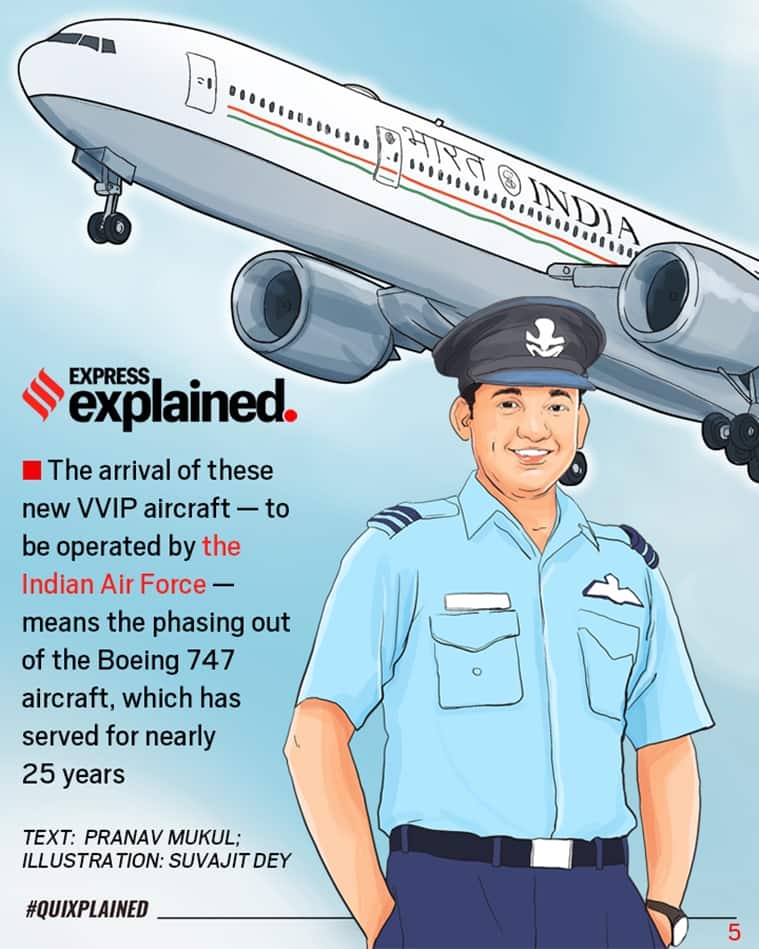 The President is designated VIP 1, The Vice-President, VIP 2, and The Prime Minister, VIP 3. The BBJs have a four class configuration. For the President/Prime Minister, there is a separate enclosure in the aircraft which includes an office and a bedroom. Everyone aboard Air India One is required to wear a colour-coded identity card. Members of the official delegation (Joint Secretary level and above) are tagged in purple and sit in First Class while accompanying the VIPs. The accompanying officials (junior bureaucrats and support staff) are tagged in pink. The support staff, president's cooks and butlers join the security team from the Delhi police (not SPG) are tagged in red, while Journalists, sport a prominent Yellow tag.[8]

As they have become less cost-effective to operate, the Indian Air Force have replaced the present Boeing 747-400 with the Boeing 777-300ER. The planes in question have arrived at Indira Gandhi International Airport (DEL) in New Delhi.[4]

Two custom-made Boeing 777 planes, which will be used to fly the President, Vice-President and Prime Minister from July 2021, will be operated by pilots of the Indian Air Force and not of Air India. However, the new wide-body planes will be maintained by Air India Engineering Services Limited (AIESL), which is a subsidiary of the Indian national carrier, Air India[9]

The planes in question have landed at Indira Gandhi International Airport (DEL) in New Delhi as of 1 October 2020.[4]

Indian Air Force One (if AI is privatised) aircraft will be equipped with 'large aircraft infrared countermeasures (LAIRCM) self-protection suites (SPS) for an estimated cost of $190 million”. The US State Department has approved the 'foreign military sale' of two B777 LAIRCM SPS.[10] 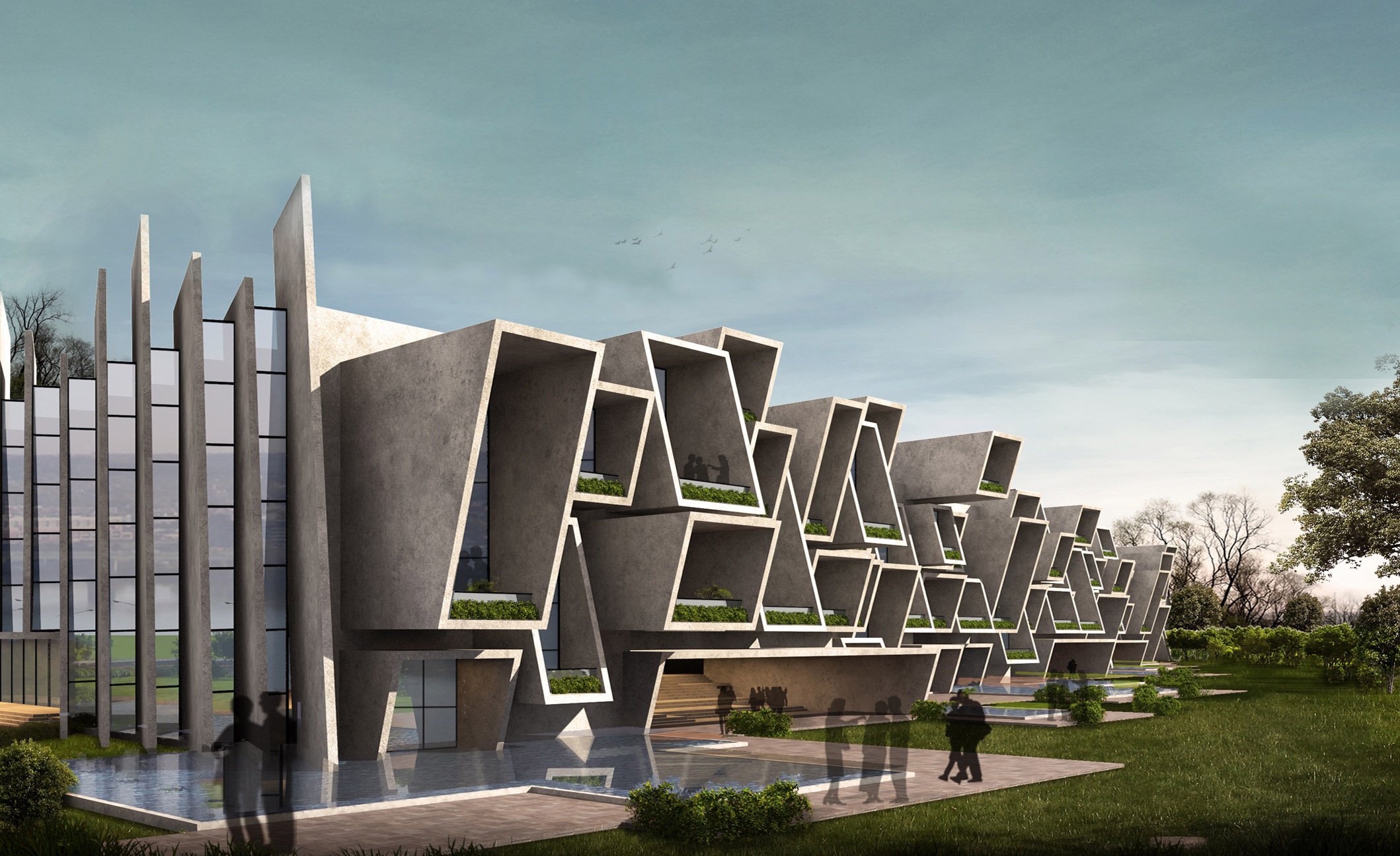 Boeing had delivered the two B777 300 extended range (ER) to Air India in January 2018. The airline sent these two to Fort Worth in Dallas last summer for being retrofitted with the latest security and communication systems so that they can replace the over 26-year-old jumbo jets used by the president, VP and PM for long international flights. The two are with Boeing Defence for retrofitting with the latest security and communication systems. Daily spin and coin. The two planes were expected to be in India by July 2020. Due to technological issues, the delivery date was deferred by more than a month.[11] First of these aircraft arrived in New Delhi on 1 October 2020, [12] while the second one arrived on 25 October.[13]

Air India One 777 Inside Pics