I recently flew to the Province of Québec as part of a whistle-stop tour of the region.

My Economy flights were serviced by Air Canada. I thought I would share my experience and a few tips.

My return flights from London Heathrow Airport (LHR) to Montréal–Pierre Elliott Trudeau International Airport (YUL) were happily uneventful and landed on-time too. Both were in the comfort of a Boeing 777-300ER (77W) jet and sadly not the fancy new Boeing 787-8 Dreamliner.

The flights from and to London Heathrow were from the newly renovated Terminal 2, known as The Queen's Terminal.

This light, spacious terminal was very comfortable to wait in - and I did a lot of that. I had arrived the suggested three hours before the international flight departed and effortlessly breezed from the terminal entrance to airside in less than 10 minutes. That includes checking in, dropping off my bag, and passing security. Was I just lucky?

I couldn't take a photo of my Boeing 777 so here's a neighbouring plane taken from the gate!

The Terminal may well be newly built, but it has one flaw - it is massive. Air Canada flights all took off from the opposite side of the main terminal building, a good 10-minute walk at a brisk pace. Buggy carts are available for those not up to the challenge, but vast walking distances seems a result of poor planning. A mass people mover (perhaps pods similar to the parking pods at Terminal 5 or even a small train system) would have been a better option.

As for the flights, here is what I made of them. 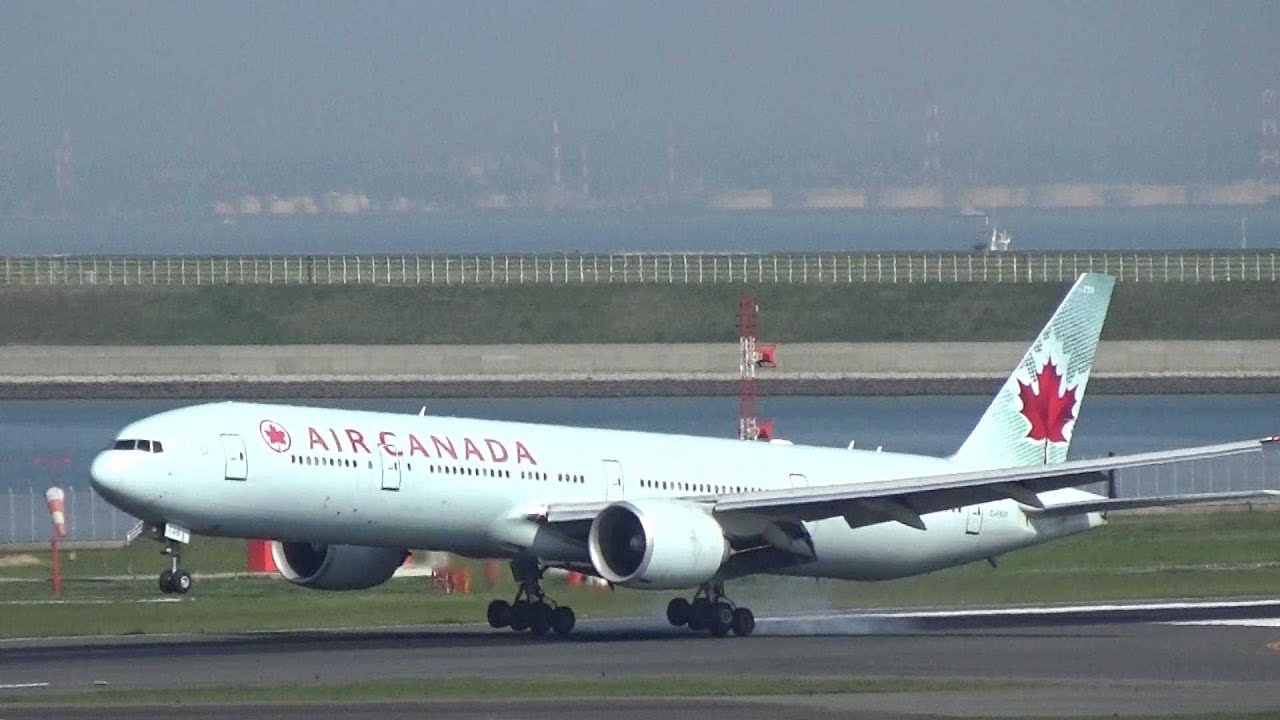 The not so good

Tips for travelling to Canada

To disembark the aircraft, I had to walk through the Premium Economy and Business Class sections, allowing me a glimpse into what more money can buy you. Looking past the extraordinary amount of mess created by these passengers (how can so few passengers leave so much mess?), my illusions of grandeur were not quite matched.

The seats in Economy class were set up in a 3-4-3 configuration. Premium Economy was set up as 2-4-2 with a seat pitch of 38 inches and a seat width of 20 inches. Perks included a better entertainment system (without the elbow controls!), a hotel towel service, and meals plated on crockery instead of plastic trays.

The very grey Business Class was set up with alternating rows of 2-2-2 and 1-2-1 seats. While this class offered more personal space and better facilities than the other categories, it was not as elegant as I had pictured. The seats were certainly not a patch on the Executive pods on the new Dreamliner. Seats here were only 20.5 inches wide - a tiny fraction wider than Premium Economy - although they did transform into lie-flat beds which would have been very nice to have on the overnight return leg especially. Onboard perks included better meals, a massive entertainment system, and an amenity kit. If I were travelling on the Boeing 777-300ER again, I would most likely opt for the Economy cabin although if the price for a Premium Economy seat were reasonable, I would be tempted to book that as a happy medium between luxury and value. If I were fortunate enough to find a Boeing 787-8 Dreamliner servicing my flights, I would love to fly in the very stylish and comfortable Executive Pod.

If you think an upgrade might tempt you, speak to the airline long before arriving at the airport, or book the next category up at the time you pay for your flight. When I checked in at each terminal, I was offered an upgrade for the eye-watering price of C$8,000 (≈ £4,572) each way.

Brace yourself for a relatively long immigration queue when you arrive at Montréal. It took me half an hour to work through the snaking line in the customs hall. There was no special treatment for families either - unhappy, tired babies and toddlers were in the same queue so bear this in mind if you are travelling as a family.

This process may well speed up with the introduction of Canada's eTA (Electronic Travel Authorisation) system in March 2016.

Read my review of a domestic Air Canada flight between Québec City and Montréal.

Have you flown long-haul with Air Canada? What did you think of their service? Leave a comment below.

Disclosure: Montréal and Québec tourist boards supplied my flights. The opinions in this article are my own.

Online Casino at bet365. There's a huge variety of games including Blackjack, Roulette and Slot Games. Pick up a New Player Bonus or climb the VIP ladder. 365 bet casino.

I enjoyed a good flight, with good comfort, good entertainment, and overall, good food. As far as economy class goes, this is a good all-rounder.