Surcharges collected through the sale of these commemorative coins are authorized to be paid to the San Francisco Museum and Historical Society for the purposes of rehabilitating the Historic Old Mint in San Francisco as a city museum and an American coin and gold rush museum.

Commemorative coin programs are created by acts of Congress to honor a person, place, or event. Surcharges from the sales of these coins help fund a variety of organizations and projects that benefit the public. Commemorative coins are only available from the United States Mint for a limited time, as specified by public law.

The obverse design of the $5 gold coin is a rendition of the Old Mint modeled on the original 1869 construction drawing by A.B. Mullett.
The reverse design is a replica of the 1906 Half-Eagle Coronet Liberty eagle reverse, designed by Christian Gobrecht.

• UNITED STATES OF AMERICA
• FIVE D.
• IN GOD WE TRUST 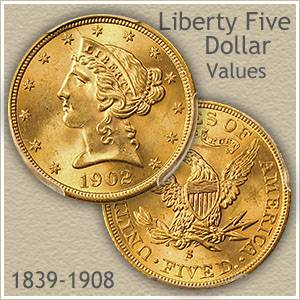