Most commonly referred to as the Buffalo Nickel by collectors and the general public, the Indian Head Nickel was minted from 1913 till 1938. We’ll learn more about these coins, especially the 1936 Buffalo Nickel.

The iconic Indian Head on the obverse and American Bison on the reverse were regarded as one of the most beautiful coins in circulation at the time. The designer of the obverse and reverse of the Buffalo Nickel was sculptor James Earle Fraser.

Before being commissioned to make the design for the Buffalo Nickel, Fraser was an assistant to the famous engraver, Augustus Saint-Gaudens. This association led to the US mint selecting Fraser’s preliminary designs to be used to create America’s next nickel.

Fraser’s final design featured a bust of a Native American wearing a traditional headdress facing right, with the word “LIBERTY” on the obverse.

On the reverse is a depiction of the American Bison standing on a hill, with the words “UNITED STATES OF AMERICA” above and “FIVE CENTS” below. After realizing that the hill the bison was standing on wore away quickly in circulation, Fraser changed the design midway through 1913, removing the hill.

Each Buffalo Nickel is composed of 75% copper and 25% nickel and has a weight of 5.00 grams. The diameter of the coin is 21.2mm and it does not have reeding on the edges like modern day dimes or quarters.

History of the 1936 Buffalo Nickel

One problem that was prevalent across the entire series was the short life span in circulation. This was due to the high-design details as well as the coins’ heavy and wide use in circulation. The 1936 Buffalo nickel is no exception to this problem, which leads to most examples having average to below-average condition.

Grading 1936 and Other Buffalo Nickels

Knowing what grade to assign to your 1936 Buffalo Nickel will help you in determining its value. Since there is a wide range of conditions that 1936 Buffalo Nickels can be found in, there are many different grades that can be assigned.

Here are some simple rules to help you grade your 1936 Buffalo Nickel:

Since there are more surviving 1936 Buffalo Nickels in Uncirculated condition than other years in the series, it is not worth sending them to third party graders unless they are in Gem Uncirculated 63 condition.

Like most coins that were minted in mass amounts, the 1936 Buffalo Nickel holds only a small premium in conditions less than Uncirculated. This is due to most coins being worn easily from circulation.

Graded Uncirculated examples are worth much more than those in average grades. For example, a PCGS graded MS-60 1936 Buffalo Nickel is worth $17. This price jumps considerably if a coin is graded in MS-63 condition, when the price becomes $40. 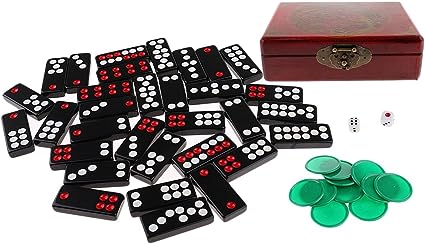 Currently the 1936 Buffalo Nickel is not worth a large sum, however, the prices of these coins have been continually growing over the years. The increase is due to the coins’ growing popularity with collectors and the slow increase in scarcity. Because of these factors, it may be worth holding onto your 1936 Buffalo Nickel, even if it isn’t in a high grade.

Type:Buffalo Nickel
Year:1936
Mint Mark: D
Face Value: 0.05 USD
Total Produced: 24,814,000 [?]
Silver Content: 0%
Numismatic Value: $1.75 to $110.00
Value: As a rough estimate of this coins value you can assume this coin in average condition will be valued at somewhere around $1.75, while one in certified mint state (MS+) condition could bring as much as $110 at auction. This price does not reference any standard coin grading scale. So when we say average, we mean in a similar condition to other coins issued in 1936, and mint state meaning it is certified MS+ by one of the top coin grading companies. [?].

Additional Info: Look for a 3.5 or 3 and a half legged buffalo again make sure you are not buying a knock off or one that has had its leg scraped off. These errors are worth up to $19,000 so might want to have this sent of or only buy it if it has already been appraised and verified. 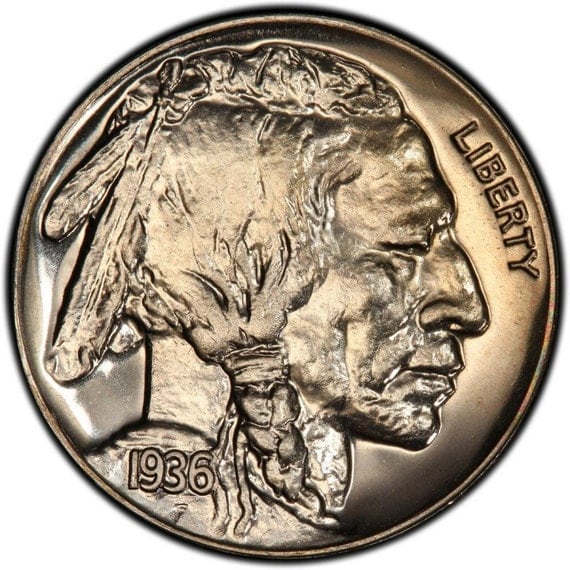 **When we say that 24,814,000, of these coins were produced or minted in 1936 this number doesn't always match the actual circulation count for this coin. The numbers come from the United States mint, and they don't reflect coins that have been melted, destroyed, or those that have never been released. Please keep that in mind.