The Indian Head Cent was produced from 1859 to 1909, following the very short lived Flying Eagle Cent series. During the Indian Head Cent’s run, coins were produced primarily at the Philadelphia Mint, with the final two years also produced at the San Francisco Mint. The series includes a change of the reverse design following the first year and a change in composition which took place during 1864.

The table below contains the complete mintage figures for the Indian Head Cent coins.

During the earliest days at the U.S. Mint, from 1792 through 1836, the Mint did not have any reduction lathes to transfer the coin’s design from a galvano to a master hub. Rather, a Mint engraver carved the central design for a coin directly into the face of the master die. The design elements around the rim such as the motto, the date, and/or the stars did not appear on the master die.

These are just a few examples of what I am talking about. For more examples, just grab a copy of A Guide Book of United States Coins (a.k.a. The Red Book) and look through the information for the various denominations struck during this time period. Walter Breen’s Complete Encyclopedia of U.S. and Colonial Coins is another great reference to turn to for examples of the die varieties produced during this time period. Numerous specialty books can be found devoted to a particular coinage issue and these also illustrate the die varieties that can be found for the respective coinage issue covered in the book.

For those of us interested in collecting date punching varieties, we are in luck. For all of the design elements around the rim it frequently required more than one blow with a mallet and a hand-held punch to leave a satisfactory image of that design element in the die. For the date the punch was either a punch containing a single digit, or it was sometimes a logo punch containing more than one digit (sometimes the entire date). Like other design elements around the rim, the digits of the date required more than one blow of the mallet to leave a satisfactory impression in the die. If there was some misalignment of the hand-held punch and the image already in the die from the previous punch, the result was one or more doubled digits in the date.

These two photos show doubling to the 5 and the second 1 in the date of an 1851 Large Cent that we have listed as 1851 1¢ WRPD-001 thanks to Tony Russo. The different directions and spreads to the doubled digits indicates that punches with single digits were used to punch the date into the working die rather than a logo punch.

With the introduction of the Indian Head cents, the Mint began placing the letters around the rim of the obverse onto the master die. To avoid the mistakes and inconsistencies seen in prior coin series when those letters were hand-punched into the working dies, a single circular punch was used which contained the entire arrangement of letters around the rim so that they could all be impressed at the same time. At this point in time the date did not appear on the master die and was still hand-punched into the individual working dies. This was done so that the master die could be used over a period of more than one year.

Around 1886 the Mint began placing the letters around the rim of the Indian cent onto the galvano. When the Janvier Reduction Lathe was introduced in 1907, the first two digits of the date began to appear on the galvano and thus on the master hub. In 1893 the Mint switched from screw press to hydraulic hubbing presses eliminating the problems that they had in transferring the design elements near the rim during the hubbing process.

Throughout this entire time the date continued to be punched into the individual working dies. This kept open the possibility that repunched dates would occur and Murphy’s Law stepped in. Since the repunched date errors could occur, they did much to the delight of die variety collectors today.

Repunched digits (189) spread to the north show on this 1892 Barber Quarter that we have listed as 1892 25¢ WRPD-001. The 2 does not show any evidence of being repunched. Die variety collectors get a bonus with this variety. In addition to the repunched date, this die also has a QUADRUPLED obverse die! The 'doubled die' is listed as 1892 25¢ WDDO-001.

If you look carefully, you can see the quadrupled images on the letters of TRUST, especially on the upper S. This is 1892 25¢ WDDO-001 and the quadrupling shows on all of the stars, the letters of IN GOD WE TRUST, and the outer ribbon. Anyone fortunate enough to find one of these gets two different die varieties, a repunched date (WRPD-001) and a quadrupled die, all on the same coin.

In the two photos above we see another repunched date on an 1892 Barber Quarter. This one also shows a repunching spread to the north on the 1 and 8, but the 2 is clearly repunched to the south. This repunched date is listed in the files as 1892 25¢ WRPD-002. Like WRPD-001, the obverse is also a doubled die.

Here we see some of the doubled die doubling on the 1892 Barber Quarter repunched date variety listed as 1892 25¢ WRPD-002. A nice Class II spread towards the center is seen on all of the stars, the bottom and left side of the ribbon, the letters of IN GOD WE TRUST, and very slightly on the outside of the bonnet and the profile. The doubled die doubling is listed in the doubled die files as 1892 25¢ WDDO-003. Once again we have a die that has two different die variety types - a nice repunched date and a doubled die.

Another die variety type resulted during the time period in which the date was being hand-punched into the working dies. These varieties have come to be known as Misplaced Date (MPD) varieties. They are a form of repunched date, but this group features digits that are punched a significant distance from where they were supposed to be punched. The errant digits usually ended up in the denticles around the rim. Sometimes, however, these misplaced digits ended up being punched into parts of the lower central design such as the lower bust on the Indian Head cents.

Here we see the top of an 8 that was punched into the denticles below the normal first 8 of this 1887 Indian Head cent. It is listed in the Wexler Die Variety Files as 1887 1¢ WMPD-001. In his book on misplaced date varieties Kevin Flynn lists this one as MPD-002.

Specialists still do not agree on a reason for these very widely misplaced digits. Kevin Flynn wrote a book about the misplaced date varieties entitled Two Dates Are Better Than One – A Collector’s Guide to Misplaced Dates. It is the only reference that I am aware of that deals exclusively with the misplaced date varieties. In that book numerous hobby specialists offer their thoughts as to why the digits in the date are so widely misplaced on these varieties. All MPD varieties known at the time the book was published for all denominations of U.S. coins are illustrated in this reference. It is an absolute must for your numismatic library, if you do not yet own a copy.

This 1873 Liberty Seated Dime is listed in the Wexler Die Variety Files as 1873 10¢ WMPD-001. It shows the top of an extra 3 punched into the denticles. Flynn lists this variety as MPD-001. Like some of the repunched date varieties, it has a bonus attached to it - a very strong doubled die obverse.

Extremely strong doubling shows on the shield of the 1873 Liberty Seated dime that we have listed as 1873 10¢ WMPD-001. The doubled die is listed in the Wexler Files as 1873 10¢ WDDO-001. I would suspect that this variety would get the bulk of its value from the doubled die doubling. In this case the misplaced date variety adds a little icing to the cake!

The existence of these varieties most likely represents an effort on the part of the Mint to not waste leftover working dies at the end of a production year. Rather than throw out a perfectly good die, it was more economical to simply repunch the last digit or the last two digits in the date so that it could be used for the next production year’s coinage.

This 1849 Large Cent might at first glance appear to have a repunched date variety with doubling on the 9. However, closer examination indicates that the underlying image can not be a 9. The upper part of the doubled image curves sharply back towards the 9 which is consistent with an underlying 8 rather than a 9 making this a 9/8 overdate variety. It is listed in the Wexler Files as 1849 1¢ WOVD-001. Hold on! It's bonus time once again!!! 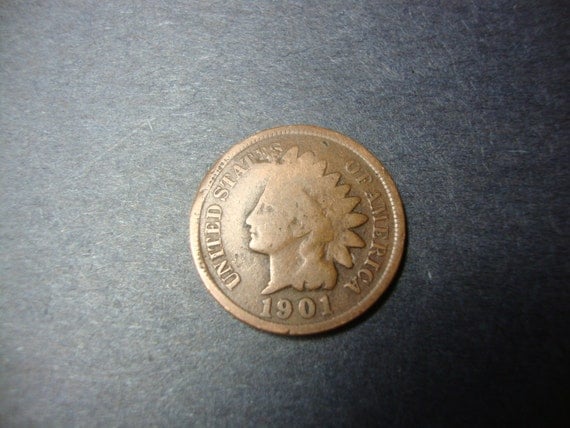 The overdate variety is the one variety type that carried over after the Mint ceased the practice of hand-punching the digits of the date into the working dies in 1909. Several overdates are known for the years after 1909, but unlike the overdate varieties that were produced prior to 1909, these are not punching varieties. Rather, they are Class III doubled die varieties produced when a working die with one date received an impression from a working hub with a different date. Because of this, they do not carry OVD die numbers in the Wexler Files. They are listed with the appropriate doubled die numbers.

Since all of the post-1909 overdate varieties were produced on dies set in the time frame of the World Wars, speculation has it that they too may have been produced intentionally. The theory suggests that since these were difficult times, the varieties may be the result of a money saving effort on the part of the Mint. In each case there may have been a leftover die from that year and rather than waste an otherwise good die, the die was rehubbed with a hub bearing the date of the next year.

The post-1909 overdate doubled die varieties include the 1918/7-D Buffalo nickel, the 1918/7-S Standing Liberty Quarter, the 1942/1 and 1942/1-D Mercury Dimes, and the 1943/2-P Jefferson Nickel. We may never know for sure if they were accidental or intentional, but there is one thing that we do know for sure. They are extremely popular and very valuable.

This is the 1943-P Jefferson nickel listed as 1943-P 5¢ WDDO-001 in the Wexler Die Variety Files. It was first discovered by Delma K. Romines and is clearly a 3/2 overdate. Most likely a leftover working die from 1942 was rehubbed by a working hub for 1943 so as not to waste an otherwise good working die.

As you can see, the practice of punching the date into the working dies during the late 18th century, the 19th century, and the beginning of the 20th century, left us with three very desirable die variety types to collect. Of the three types, the overdates are the most popular and the most sought after. As a result, they bring the greatest premiums.

The repunched dates are quite popular and the misplaced dates are the “new kids on the block.” They too are rapidly gaining in popularity. My guess is that your greatest chance for success in finding these varieties at coin shows (cherrypicking them) would be in the MPD arena since they are relatively new and there probably aren’t a lot of collectors out there looking for them just yet. The knowledgeable collectors are. Don’t let them find them all before you get there!